Professional Photographer. Decorated Director. Serious Skier. We spend a manic morning with Jimmy in his snow-covered, Wyoming mountain lodge as he prepares to hit the slopes.

“That’s just how it is around here… we’re like addicts, and I haven’t had my fix in a while.”

Jimmy Chin hasn’t been home for a month. And he wants to go skiing. Now. He doesn’t so much answer the door as leap towards it. “I’m bouncing off the walls,” he says as he lets us inside. “I just gotta get out there.” 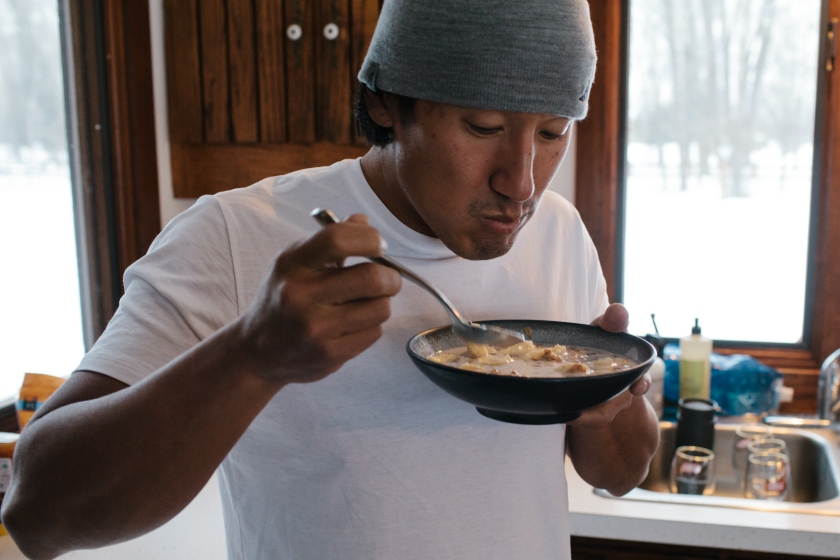 Chin – a professional skier, decorated climber, photographer, filmmaker (not to mention Harry’s collaborator), always has fair reason for his absence from Wyoming – his home for the last 16 years. Two days before welcoming us, he’d been walking red carpets at the Sundance Film Festival in support of Meru – a film he co-directed about his and two friends’ obsession with a certain, seemingly insurmountable climb in the Himalayas called “The Shark’s Fin.” (A 21,000 ft. peak that culminates in a 1,500 ft. seamless sheet of granite.) Chin and fellow adventurers Conrad Anker and Renan Ozturk had been denied the summit due to harrowing conditions on their first attempt in 2008 – swearing never to return. Meru, which picked up the US Documentary Audience Award in Park City, chronicles what happened when they decided to go back. 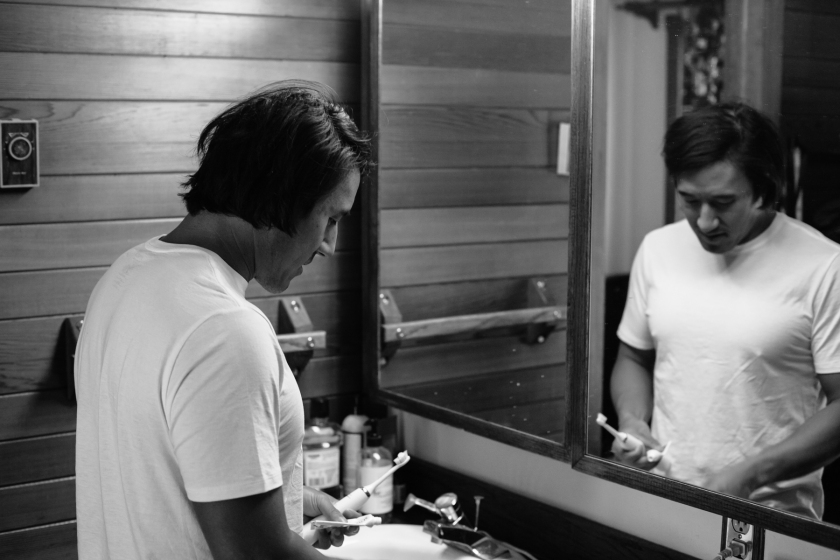 The drive to Chin’s home in Wilson, Wyoming – situated in a valley below Jackson Hole’s Teton Village – is beautiful. The sun rises in streaks through big clouds to the east and mirrors off massive peaks to the west. Jimmy’s is the only car in the driveway. “If it had been snowing this morning, I’d be gone already” he says as he taps away at his Macbook, scanning emails ferociously. He places a kettle on the stove and dumps a bag of Earl Grey tea into a mug. “People get in a frenzy when the snow comes down – they’re calling each other like ‘Where the hell are we meeting?’” He laughs. “That’s just how it is around here…we’re like addicts, and I haven’t had my fix in a while.”

Chin pours himself a bowl of granola with milk and tops it with a banana. “I’m sorry guys, I’m usually a much better host,” he says as he holds up a fistful of overripe fruit. He shuffles across the wood floor to his bags of gear and starts unpacking and re-packing, prepping for a day on the hill – on go ski socks, pants, compression layers, into North Face duffle bags go extra jackets and goggles (Jimmy’s been a member of the North Face athlete team for 14 years).

Then it’s his camera equipment – a Canon 5D Mark III body, lenses, and tripods. He sprints back and forth from the bedroom to the dining room, remembering things. Finally, he sits on the edge of the woodstove, stuffing, snapping, and lacing up a pair of boots. He thinks, out loud: “My guys are probably [up there] waiting on me!”

“If it had been snowing this morning, I’d be gone already.”

Out in the driveway, skis get loaded into the ski rack on top of his black Audi. He swings a few more bags into the trunk, the morning mad dash almost complete. As he hops into the driver’s seat, we glance at our watches. A new Method record, we mention – less than 45 minutes. “Hey, what can I say?” Jimmy grins widely. “You’re working with a director!”