“I don’t think either of us particularly set out to become role models.” Seated next to Jake Graf, her husband of three weeks, Hannah Graf is musing aloud about the media’s scrutiny of their relationship—something that’s only increased since their wedding three weeks prior, which had made front-page news across the U.K.

The duo has found themselves fixated upon by the media, in part due to Hannah’s standing as the highest-ranking trans soldier in the British Army, in part due to the fact that Jake also happens to be trans. While some would shrink from such a spotlight, Jake and Hannah are eager to double down on their advocacy for the trans community. 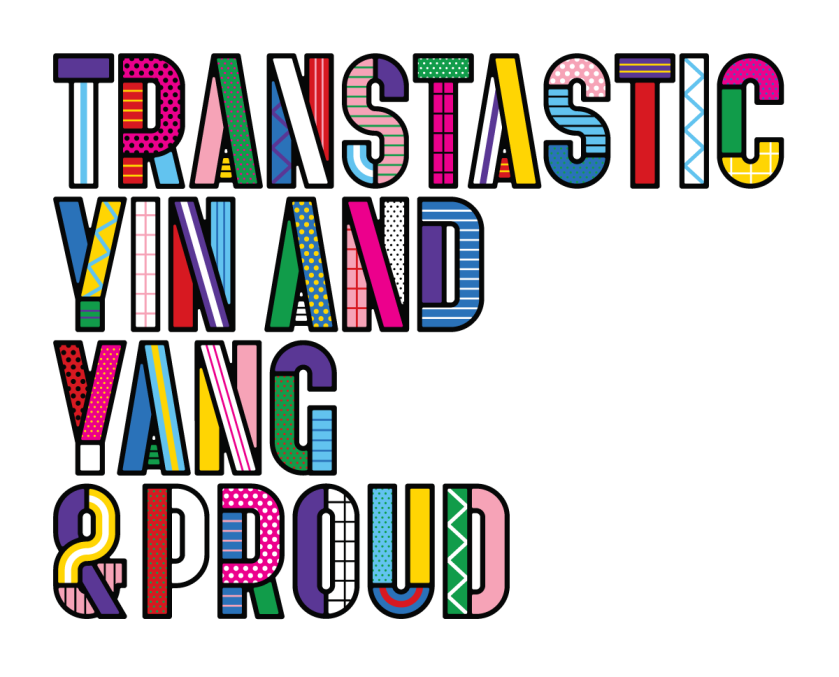 “I know some people feel it’s a bit of a burden,” Jake says, “and that’s quite the opposite for us. I think it’s a huge honor and it’s a responsibility.” He looks at his new bride, seated to his right. “Hannah, obviously, has made a huge difference to a whole new generation of trans women. I, hopefully, am someone visible for trans guys in the U.K. who may not otherwise have had anyone to look up to, and I think it’s incredibly important.” None of this is lost on Hannah. “Knowing how important they are for any minority group,” says Hannah, “we’re quite happy to be those role models if people want us to be.”

“Hannah, obviously, has made a huge difference to a whole new generation of trans women.”

The couple was initially connected by a mutual friend, a voice coach Hannah was working with who Jake had met while filming The Danish Girl in 2015. A Facebook friend request led to a phone call, which led to a first date that lasted 11 hours. Beyond its marathon status, there was one other notable thing about their initial rendezvous: it was Hannah’s first date, ever. 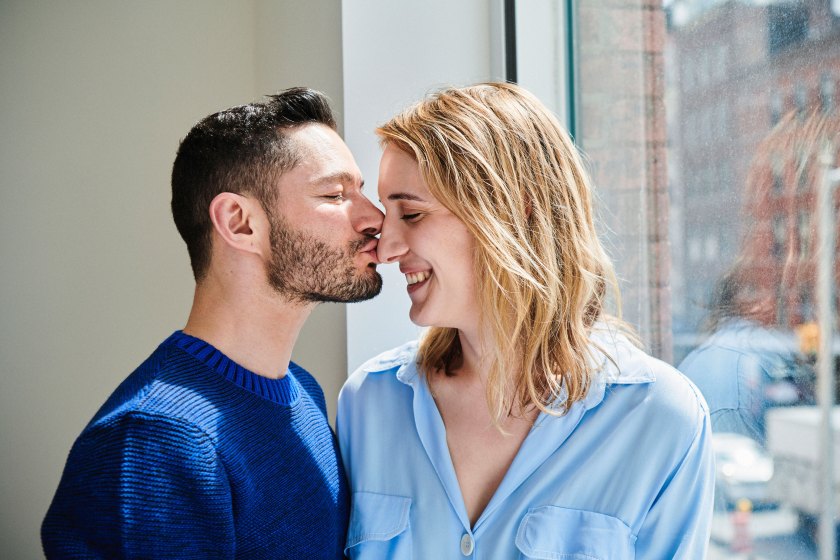 “I thought I’d start with someone transgender because they might understand me a little bit better,” Hannah says. She’d harbored her share of anxieties for some time. “It was all quite scary for me at the time,” she explains. “For many years I thought, as a transgender person, that nobody would ever want to love me or be intimate with me. When I finally felt the courage to explore my ability to date I found Jake, and apparently [hit] jackpot the first time.”

The pair may feel fortunate to have found one another, but they both also seem comparably grateful to have come from such caring, understanding homes. “We know we’re incredibly privileged and lucky that, from pretty much as soon as we came out, our families have been supportive,” Jakes says. “[My mother] helped me with my hormones, helped me with my surgery,” he explains. “I was really, really lucky in that respect, because obviously that’s not the case with a lot of people.”

“I, hopefully, am someone visible for trans guys in the U.K. who may not otherwise have had anyone to look up to.”

Despite their own good fortune, they remain acutely aware that the community as a whole still needs all the help it can get. “It did always feel like the transgender community was behind the rest of the LGBT spectrum by 10, 15, even 20 years,” Jake says. “I think it’s something like eight percent of Americans know someone trans, so it’s hard when you have no point of reference and don’t even really understand what a trans person is—and you’ve never met one—to open your mind and be more inclusive and be more understanding and accepting.”

Even in the face of an uphill battle, Hannah finds much cause for optimism. “I think in the U.K. we’re seeing a lot of positivity around trans stories,” she says. “There is a bit of a backlash but, generally speaking, in the U.K. we’re moving in the right direction.” She finds one recent trend particularly uplifting. “I think just a few years ago you were very pigeonholed into being transgender, being a woman, being black,” she says, “whereas now we’re seeing a lot more intersectionality showing how everyone overlaps. And I think that’s a really nice thing.” 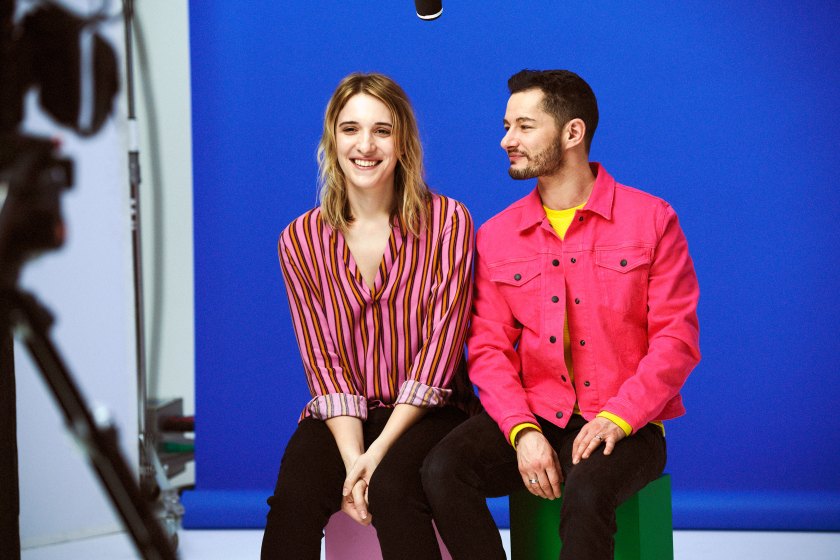 In addition to her day job as a British Army officer, Hannah also serves as a transgender representative, working both to mentor and support other transgender members of the military, and advise policy-makers on how to make sure the Army is as inclusive as it can be. She joined the Army back in 2009, and in honor of the event, her parents bought her an engraved sword. This ended up becoming an even more meaningful talisman when, several years down the line, Hannah transitioned. “My dad said to me, ‘You know, this engraving on it doesn’t represent you anymore.’ Because it had my old name on it. He said, ‘What we’d like to do is get the other side engraved with your new name with the date of your transition.’ I just thought it was a really lovely symbol from my mum and dad to say how much they supported me, not only as an Army officer, but also as a transgender woman. It really meant a lot to me.”

“For many years I thought, as a transgender person, that nobody would ever want to love me or be intimate with me.”

As a filmmaker, Jake works to merge his advocacy with his art. “My whole thing when I’m writing and casting my films is to give representation to characters that are rarely seen on screen.” Jake says. “When I was growing up I didn’t see a trans guy—in fact, I didn’t meet another trans guy until I was 25, and I didn’t really know that we existed. Obviously, that makes for a really lonely and isolating experience. So for me it was really important because I know that there are members of society that never see themselves on screen, and it’s really important to give visibility and representation across the board.” All of his films are either trans or LGBT-focused because he values the importance of those narratives being told from a place of experience. “The next time someone goes to a film festival,” Jake says, “they can say, ‘Oh my god, that’s me, that’s just like me,’ and maybe not feel so alone.”

When it comes to how allies outside of the community can be of service, Hannah espouses a quite simple, but powerful, notion. “I would say just to listen,” she says. “If you’re an ally, then you’re already trying. The best way you can try better is to listen to us and understand us more.”