Perhaps the most surprising, crowd-pleasing, and congenial television show to come out of the reboot craze of the last two years has been Netflix’s Queer Eye. The original Queer Eye for the Straight Guy (2003), which aired on Bravo for five seasons, featured the “Fab Five” making over schlubby straight men in New York City, stiff-arming them into adopting a more “metrosexual” lifestyle. One of the major criticisms the show faced was that its cast played into regressive gay male stereotypes, presenting an overly polished bunch who dispensed superficial fixes for all of life’s issues—in a breezy, flair-filled manner, of course.

In marketing the new show, Netflix conveyed the reboot’s updated tone by focusing on a soundbite from Tan France, the show’s resident fashion expert. In the clip, he says “the original show was fighting for tolerance, while the new series is working toward acceptance.” This go-round, the Fab Five is more diverse, more textured, and allowed to go deeper with the people whose lives they’re making over. Their problem-solving approach tends to work from the inside out, as opposed to tackling the exterior and hoping the rest just falls into place. The result is a bombastic and moving program that instantly connected to viewers and saw the series being quickly picked up for a second season—premiering June 15th.

Jonathan Van Ness, the show’s grooming expert, has emerged as the breakout star amidst the cultural phenomenon. A hairstylist by trade, he is unapologetically effeminate, campy, and is a wellspring of boundless energy. On paper, it’s a collection of traits that traditionally might not read as palatable to a mainstream audience, but Van Ness never dials it back—nor should he. He has an utterly infectious spirit, and an innate gift for zeroing in on a person’s best qualities. He simply knows how to make people feel good in the most earnest of ways.

In fact, Van Ness is perfectly cast for what the new Queer Eye is doing: using makeovers as a Trojan Horse to get at issues of toxic masculinity, prejudice, and vulnerabilities on the road to self-actualization. Wielding eye creams, beard trimmers, and face masks as his tools of choice, Van Ness forces us all to examine why societally we place a higher value on masculinity over femininity—a form of adversity he’s had to deal with his whole life. 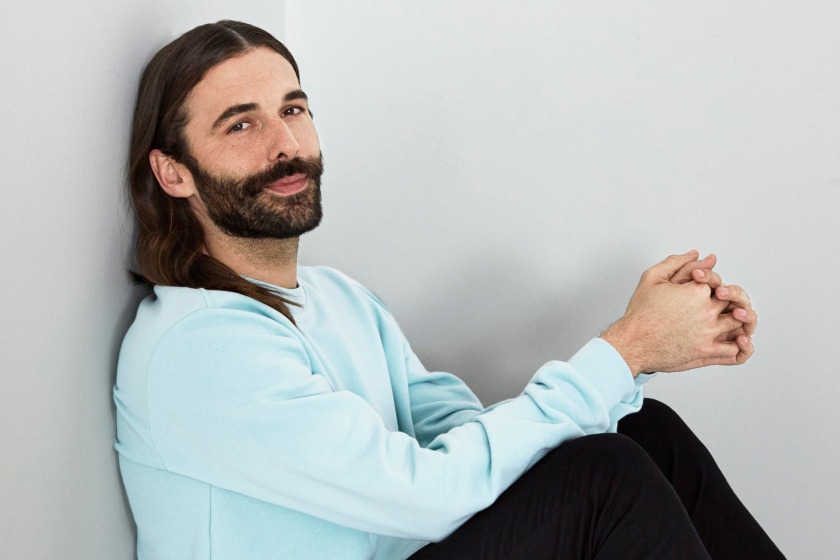 “Growing up with this extremely feminine personality in a very classically conservative area taught me that everything is impermanent,” says Van Ness of his small-town upbringing in Quincy, Illinois. “One day I might not be feeling real cute, but it goes away quickly.” This ability to adapt and overcome remains one of his guiding personal mantras. “Success is all about keeping it moving between failures,” he says, “In this case, failure was being rejected by people.”

Today, Van Ness is able to look back on some of the painful rejection, bullying, and overall hardship he endured as an out teenager with both sincerity and humor. When asked about his high school experience, Van Ness offers this duality: cheerleading and cargo shorts. Becoming the first male cheerleader at his high school is a shining example of Van Ness’s unfailing ability to be true to himself, but he was still playing along with certain expectations (i.e. cargo shorts). “I’ll change the tire on a car, but then I’ll also give you the most beautiful updo,” he quips. “You know what I mean? Why can’t we just do both?”

“Success is all about keeping it moving between failures…In this case, failure was being rejected by people.”

The irony that his flamboyant mannerisms and signature sayings are now celebrated, meme’d, and GIF’d all over the internet isn’t lost on Van Ness. “How does it feel to finally be celebrated for something that was rejected for a large part of my life?” he asks. “Honey, have you seen Kill Bill? Well, that last scene when Uma Thurman—not to be a spoiler—but when she’s on that bathroom floor laugh-crying because she can’t believe she made it? That’s pretty much me all the time on my inside,” says Van Ness, only half-joking. 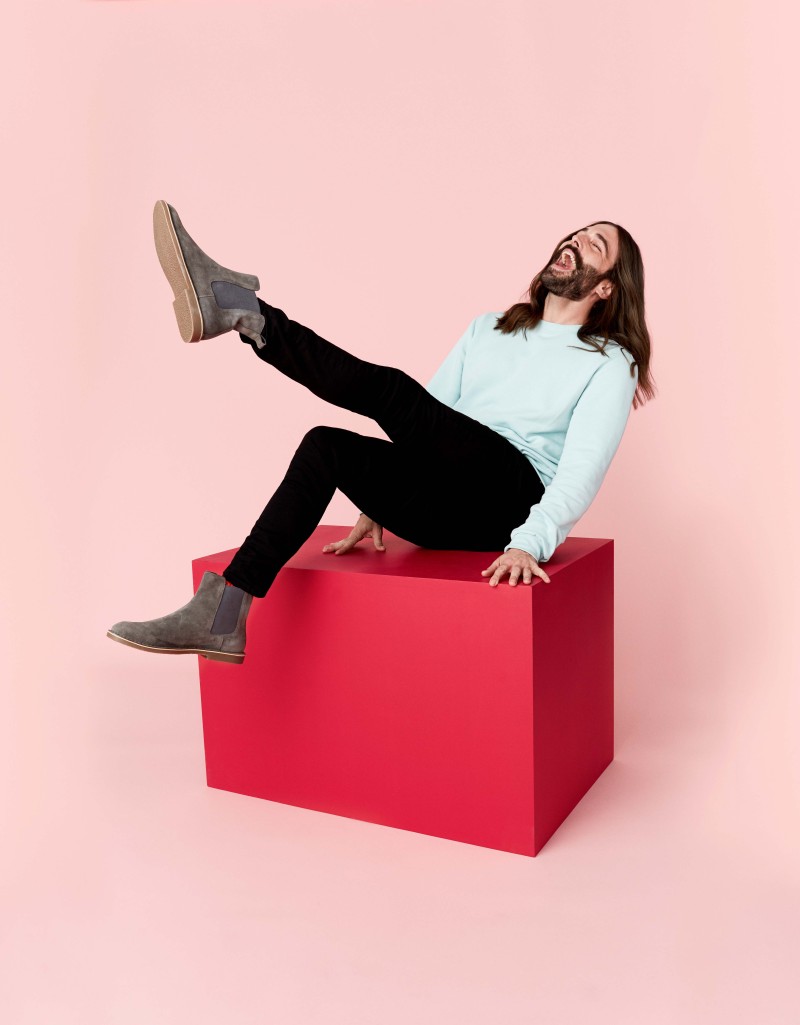 Hardcore Van Ness fans will be quick to point out Queer Eye isn’t his first screen credit, just the biggest so far. In a way, Van Ness was “discovered” by one of his hair clients, Erin Gibson (co-host of the “Throwing Shade” podcast), who was a director for Funny or Die at the time. Gibson was completely bowled over by Van Ness’s spirited and comically coded description of a Game of Thrones episode, that she immediately pitched the idea of a gay hairstylist recapping the show to her team. And so, the viral web series “Gay of Thrones” was born, and Van Ness was an overnight internet sensation—going on to garner an Emmy nomination for Outstanding Shortform Variety Series.

Van Ness also now has his own podcast, “Getting Curious”, which he describes as “suffering from attention deficit disorder in the most major of ways.” Each episode has a different topic that’s piqued his interest, with an expert guest coming on to explain (and simplify) their area of expertise for all the listeners. Topics have included Renaissance art, the opioid crisis, artificial intelligence, and bees.

And while his podcast seems to detract from the twirling, pirouetting Van Ness that won us all over, it actually gives us a better sense of who he really is, and where he comes from. “I grew up in a broadcast family, running around the newsroom of a newspaper and a TV station, so reading and being curious is in my blood.”

Maybe Van Ness still wears cargo shorts on occasion, but it’s doubtful. Instead, he now opts to make headlines by showing up to a Netflix red carpet in a satin caftan and gold lurex Vetements sock heels. All this isn’t to say that Van Ness doesn’t receive his share of hateful comments from the detractors and trolls of the internet, but he stays focused on the silver lining. “The proudest moment is really every time someone hits me up on Instagram who’s like, ‘I see myself in you, and you gave me permission to feel more comfortable about who I am.’”