For our latest installment of How To Talk To Your Barber we visit Chicago’s very own Irving Park Barbershop. Our conversation with owner Jon Brija and barber Jon Van ranged from Chicago’s role in barbershop history to how The Beatles nearly wiped out the craft in the 1960’s. But first, let’s start off with some personal history…

How did you get your start as a barber?

Jon Brija (Owner) Ever since I was a kid, I wanted to be my own boss. I started cutting my friends’ hair early on in High School, but never took it too seriously until I was 26. Before then I was just messing around, punk rock stuff.
College was super hard for me, so I went to cosmetology school at 26, mostly concentrating on cutting and coloring women’s hair. Later, I started getting more into cutting guy clients, so I went back to school for barbering. Before then, I never even knew what tapering was. It’s also where I learned how to do a straight razor shave. In the state of Illinois there are separate licenses for barbers and cosmetologists, and only barbers are allowed to shave. 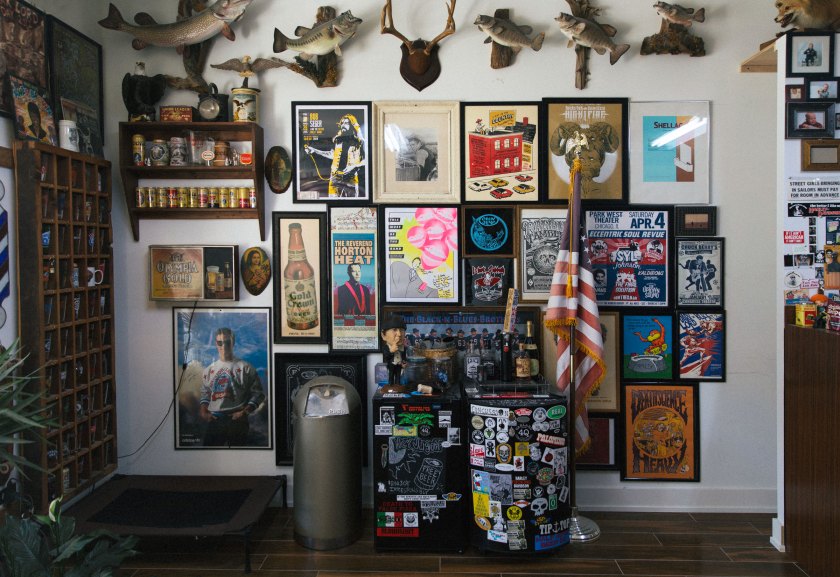 Can you describe Chicago’s role in the history of American barbershops?

Jon Van (Barber) Chicago was the first place to have an actual brick and mortar barber school. It was established by A.B. Molar, who also published the first ever barbering text book in 1893. Before those days, it was a very different story. There were master barbers and journeymen. Journeymen were apprentices who would go and work under a master barber. After a certain number of hours you became a master barber.

Having worked in both barbershops and salons, what would you say the cultural differences between the two are?

Jon Brija Our shop is so low-key and comfortable. People with really high paying jobs will be seated next to super blue collar guys. It’s all across the board, which we like. Even if we’re all busy, you’ll at least get a, “Hi, how ya doin’, sign in on the chalkboard, take a beer, we’ll be with you shortly.” It’s a very relaxed feeling. Some of the salons I’ve worked at were a bit fancier and stuffy. I am glad I got to experience them both throughout my career, because every shop is very different. You take the good things that you like from everywhere. 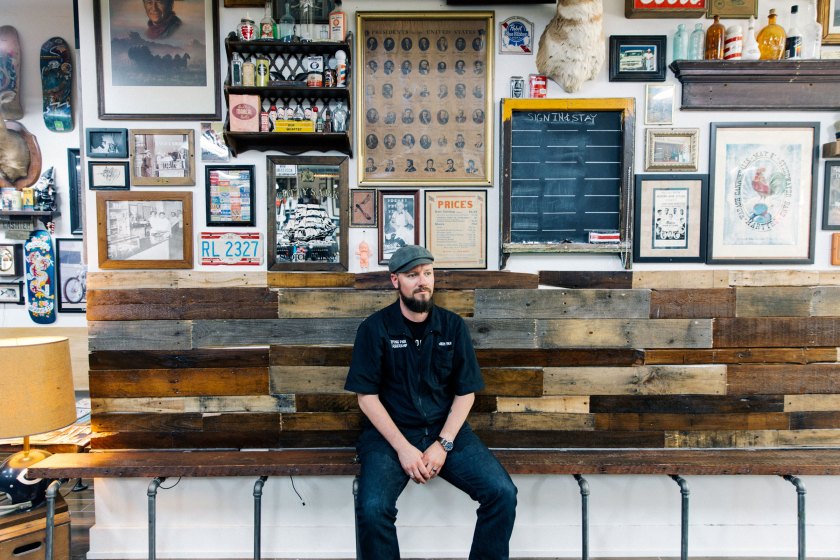 You mentioned there was a story about how The Beatles almost destroyed barbering?

Jon Van Yes! They say that the beginning of the barbershop craft decline started with rise of the Beatles. Men started growing their hair longer and the old-school barbers refused to cut long hair. Those cuts were really more like women’s haircuts at the time, so men would to go to salons. It almost destroyed the barbershop culture and craft.

Your shop is very eclectic, almost like a museum of old school pop culture. What inspired this?

Jon Brija I’ve always collected stuff as a kid. I already knew that when I opened my own shop I’d make it just like my apartment was. So it’s just always been based around collecting stuff. Whatever we think is cool we put it up. There’s no rhyme or reason, though it’s always been old stuff. Barbering is so old. Our chairs are from the 30’s and 40’s, all original, made in Chicago. A lot of the stuff we had before the shop was in existence. There’s junk in here that I probably got when I was in high school. Other people also bring us things. The Jackalope was a gift from a really good client, the Michelob sign came from somebody’s family that’s owned bar around the corner they’ve had it for probably 40 years. A client just brought us that Moe from The Three Stooges statue.

You named the shop after the neighborhood it’s in, and it seems to be a true gem for neighborhood locals. What does being in Irving Park mean to you?

Jon Brija Irving Park as a neighborhood is so nice. It’s mostly mom and pop shops and everyone is on a first name basis. Not just in the shop, but when you see people out and about at restaurants and bars. We’re right next to The Globe, known as the best soccer pub in the country, and one of the managers has been a client of ours for years. He will tell their customers that if they need a barber they should check us out and we send folks over for drinks. There’s a lot of back and forth. Most of us here at the shop have been bartenders or worked in restaurants. You can tell which people were in the service industry before they got into cutting hair. It makes a big difference.

Jon Van I always joke that as a bartender and a barber I’ve spent my whole life helping other guys get laid. I’ve done a pretty good job.