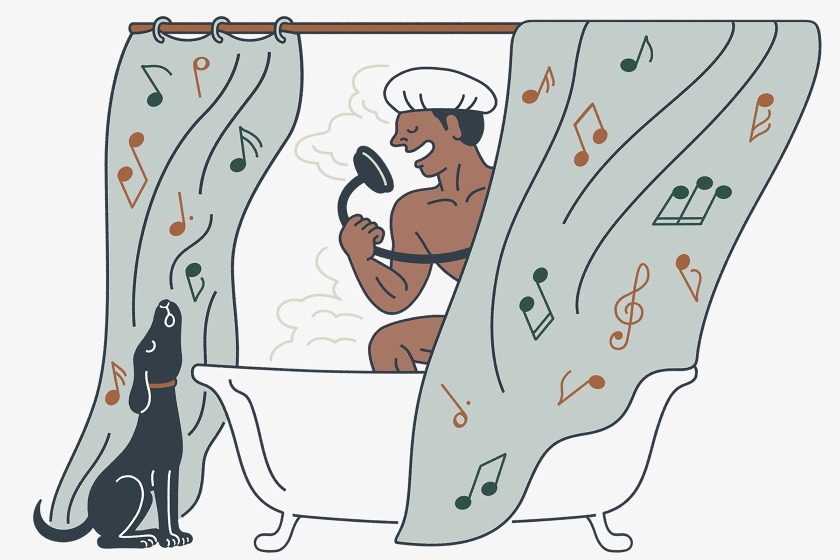 We’re big advocates of long, hot showers. A good steam will soothe your muscles, clear your head and soften your stubble before that all-important shave. Of course, for the luxurious fog to work its magic, you have to give it a little time to build. A great soundtrack will make the whole process a faster and more enjoyable experience.

So…how do you feel about getting philosophical first thing in the morning? Good. For July, we take a moment to appreciate when musical gifts are passed from grandparent, to parent, to child. And like the water that’s about to be cascading down your back, this playlist is proof that musical talent can flow downward naturally, effortlessly. There’s plenty of colloquial evidence that kids’ rebellion against their parents manifests itself most clearly through their taste in music. But the evidence presented here suggests another side. A side in which wisdom and spirit are coded into songs and passed down to the next generation, which is more than eager to carry that wisdom and spirit forward.

We begin with two artists who should be better known than they are outside of the Mississippi Hill Country. The late, great blues guitarist R.L. Burnside and his equally talented grandson Cedric. The former spent some 60 years playing live music (mostly in smaller clubs), but it wasn’t until his last decade that he achieved anything close to fame. Fortunately, acclaim is starting to build for the younger Burnside, after a 2016 Grammy nomination for his excellent album Descendants of Hill Country.

As you soak and scrub, listen for the overlapping themes that bridge the age gap in both directions: The hauntingly vivid storytelling found in the music of Johnny and Rosanne Cash; the unexpected melodies that dominate both Ben and Harper Simon; the wry and world-weary viewpoints of Loudon and Rufus Wainwright; the fact that Nancy Sinatra inherited so much of Frank’s swing; how both Nat and Natalie Cole were incredibly amazing at interpreting classic songs about driving cars, or how a bit Bob Marley’s impassioned voice lives on through his myriad musical offspring.

When your shower approaches its end, think for a moment about those who came before you. Perhaps they were not as cool as Serge Gainsbourg and Jane Birkin (really, who was?), however they undoubtedly passed a little wisdom and spirit onto you. Think what kind of wisdom and spirit you’ll be passing on to the next generation..