In the Gamwell/Greenberg household, the AM batting order goes like this: Napoleon, Kevin, Melissa.

“He’s usually up at five, today he went easy on us.”

“Napoleon is an early riser,” Kevin Greenberg says of the couple’s 9-year-old cat. Greenberg stands bright-eyed at the front door of his Clinton Hill brownstone smoothing his beard. 8:00am sunlight paints the bottom half of his legs. Napoleon slips around him and jumps onto the dining room table. “I mean look at him. He’s usually up at five, today he went easy on us.” 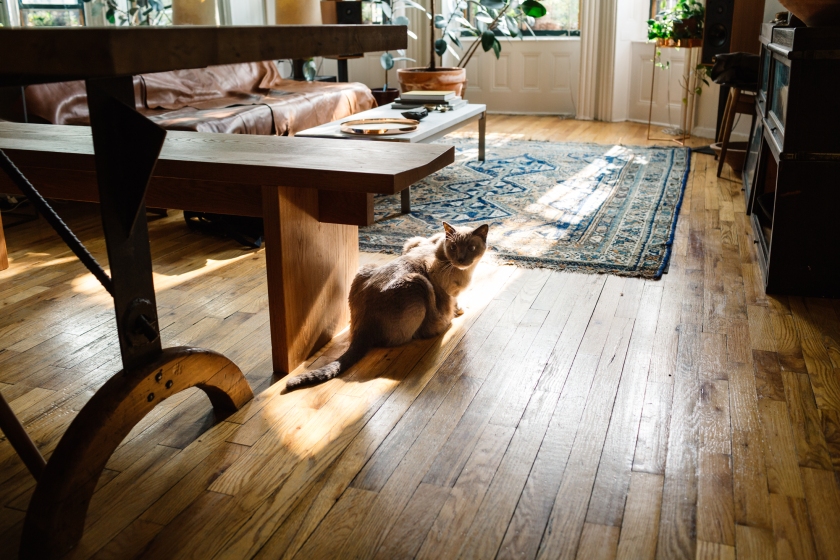 Easy seems to be the order of business for Kevin and Melissa’s mornings. They start with coffee and meditation. “I use Headspace,” says Kevin. “I like the targeted exercises. There’s one for seemingly everything… One for if you’re feeling chubby, one for if you want to improve your credit,” he jokes.

Their routine culminates with conversation about the day ahead before the couple both head off to make beautiful things—Kevin as an architect and Melissa as an artist. In fact, maybe their mornings aren’t so much easy as just well made, appearing effortless. A couple that makes shit together stays together, no? 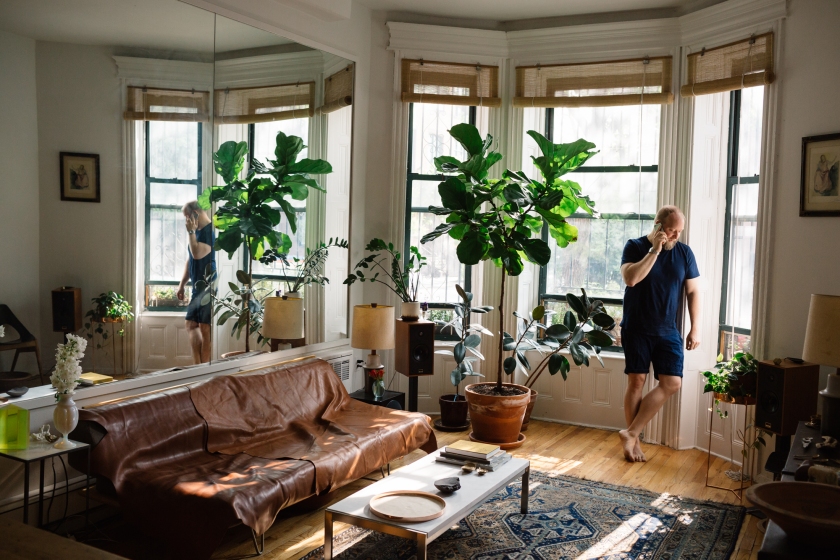 Kevin is the founder of Space Exploration, an integrated architecture and interior design studio. If you like to eat food in Brooklyn, or browse designy websites, you’ve probably seen Kevin and his team’s work. Most recently, they turned a former chiropractor’s office into a Japanese-style izakaya—or drinking restaurant—called Karasu, which can only be accessed via secret door in the back of Walter’s in Fort Greene, a space S.E. also designed. Jazz fanatic Kevin even got to pick out the restaurant’s record collection. 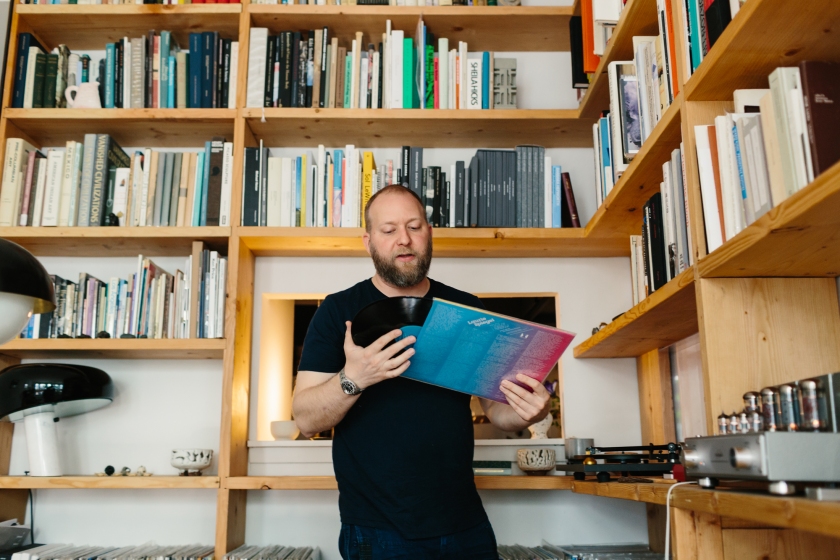 “Melissa and I like to listen to ambient music in the morning,” Kevin says. “One of us will put on a record and light some incense.” The towering Donald Judd-inspired bookshelf in their space is weighed down with books and albums. He picks the soothing sounds of Raul Lovisoni & Francesco Messina’s Prati Bagnati Del Monte Analogo and lights up some spicy, Astier De Villatte Stockholm incense.

“How about polenta with ramps, roasted tomatoes and poached eggs?”

Then he puts his head into the refrigerator and surveys the scene. “How about polenta with ramps, roasted tomatoes and poached eggs?” He says. Our faces light up. The fellow who designs kitchens also knows his way around one.

After a few minutes of enjoying the soothing music, Kevin comes around the corner with a cast iron skillet of the eggs and blistered veggies. He wears an apron from Lacanche, the ultra-high-end French range manufacturer. “I had gotten so many [stoves] for clients that they gave me this,” he laughs. “It’s become a joke, because I’m like ‘Why didn’t you just give me a range dammit!?’”

After Kevin and Melissa eat a quiet breakfast together, Kevin disappears down the hall to get dressed. Napoleon trails behind him. When he returns, he seems concerned about his outfit, but gets distracted with the beautiful raw leather bag Melissa got for him as a present. “Of course it necessitated the purchases of several other things to live up to the standards of the bag,” Kevin jokes.

Running late now after putting up with our photo-taking and question-asking, he considers driving to Space Exploration’s Greenpoint studio, but quickly realizes his Volvo station wagon is parked just steps away from the front door, at the base of the brownstone’s stoop—a parking spot so well curated no Brooklynite could ever give it up, late to the office or not. He reaches for his phone and hails an Uber. “It’ll be easier,” he says. Part of making good shit is knowing when it’s time to delegate. 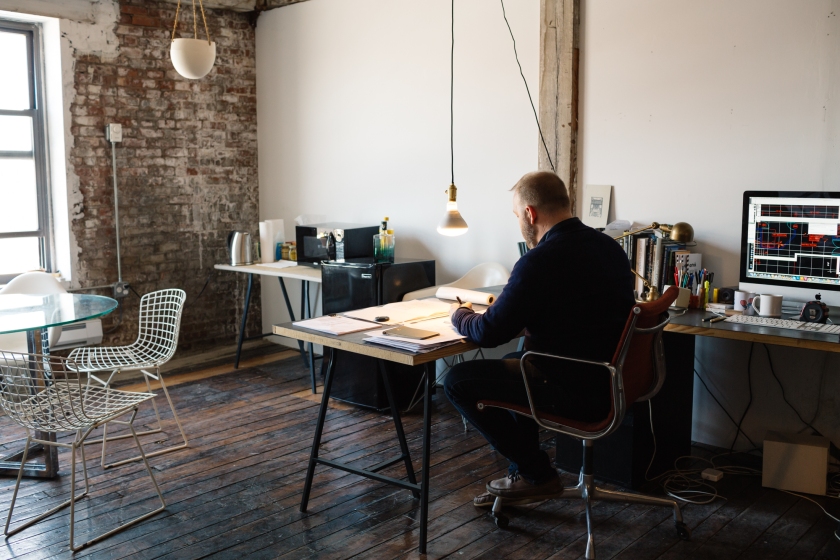