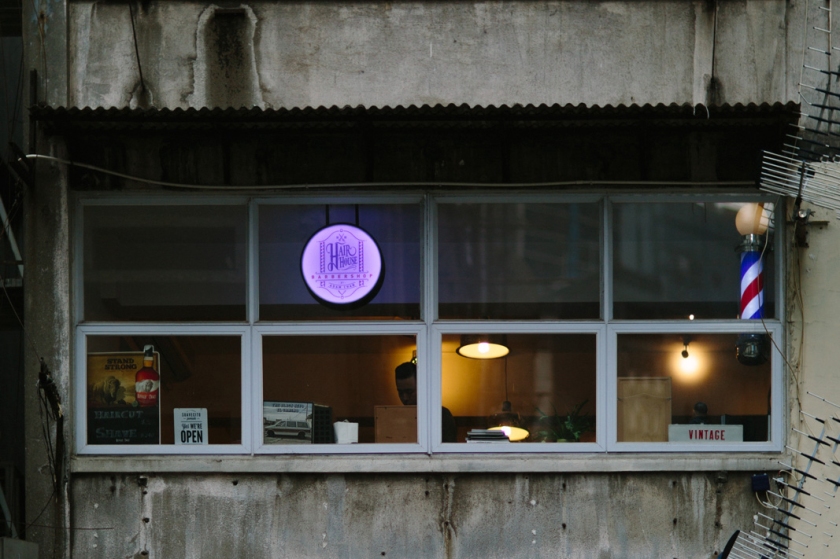 Hong Kong is a bustling maze. In New York City, finding a barbershop involves a grid of streets and avenues. In Hong Kong, it’s more of an adventure.

I had an address for Hair House Barbershop by Adam Chan, but it turned out to be more of a suggested area to explore. Once I found the neighborhood and identified the block, I stumbled through a diverse collection of businesses built up against, between, and on top of each other. 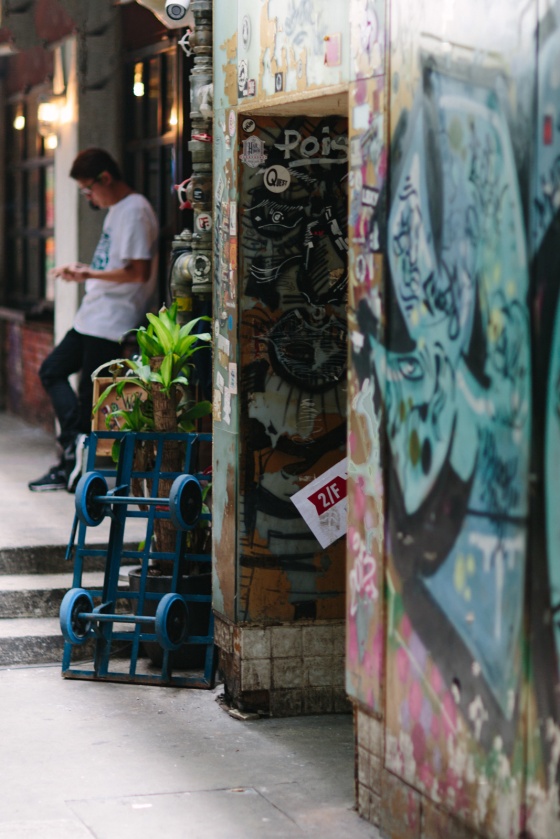 Just as I was about to give up, I noticed a tiny alley between two stores—and a classic barbershop sign with twirling stripes of red and blue, like a beacon in a sea of grey concrete.

I made my way through the alley and up the staircase. Hair House stickers guided me to the seventh floor. The subtle smells of wood, pine and whiskey announced that I had found my destination. Owner Adam and head barber Kelvin poured me a glass of whiskey while they kindly shared stories, tips and insights.

On The Old World, and New World

Kelvin Yu: When I moved back to Hong Kong from Toronto, I realized there weren’t a lot of places where I could get an easy clipper cut—just a handful of old school, Western-style barbershops, run by Shanghainese gentlemen who came to Hong Kong during the 1950s and ’60s. Eventually I found one of these men, asked him for an apprenticeship and he became my mentor. 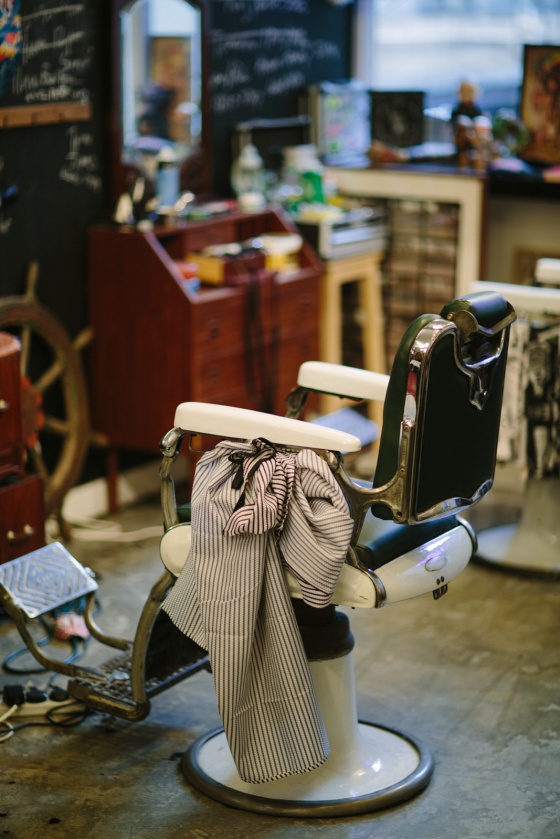 Today, the classic Western barbershop style is catching on. Customers are now more in tune with the culture and the lingo. They’ll ask for a bald fade, or a razor fade, or show us a picture of one. Here we take the old, mix it with the new, and add the Western.

On Becoming A Barber

It’s a long journey to become a barber. Especially nowadays. Hong Kong is implementing minimum wage and no one wants to sweep floors and wash hair for little money. You need a lot of passion to pursue this profession. That being said, barbershop culture is becoming more recognized and young cats are starting to ask about it.

Over the past year, we’ve seen a lot of men wearing a side part with a volumized top.

On Maintaining A Hard Part At Home

Don’t try it. I’ve seen too many accidents happen causing the part to be crooked or too wide.

On Maintaining A Hard Part At The Shop

Getting a shape up every two weeks is ideal, but every three weeks is perhaps more realistic.

Fix yourself up. It’s always good to see how a customer styles his own hair. Then we can advise them on what to avoid, and teach them new methods based on their current routine.

Try to avoid using grease based pomade before a haircut. Although we offer shampoo in our service, it doesn’t all come off as those pomades are designed to withstand water.