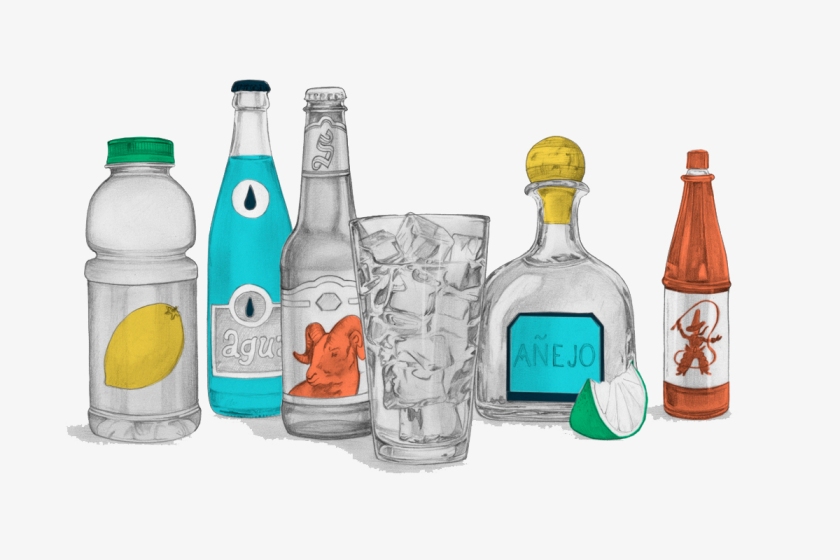 Armed with only a flask and a little ingenuity, Max Wastler elevates common cocktails with supplies from his seasonal surroundings. 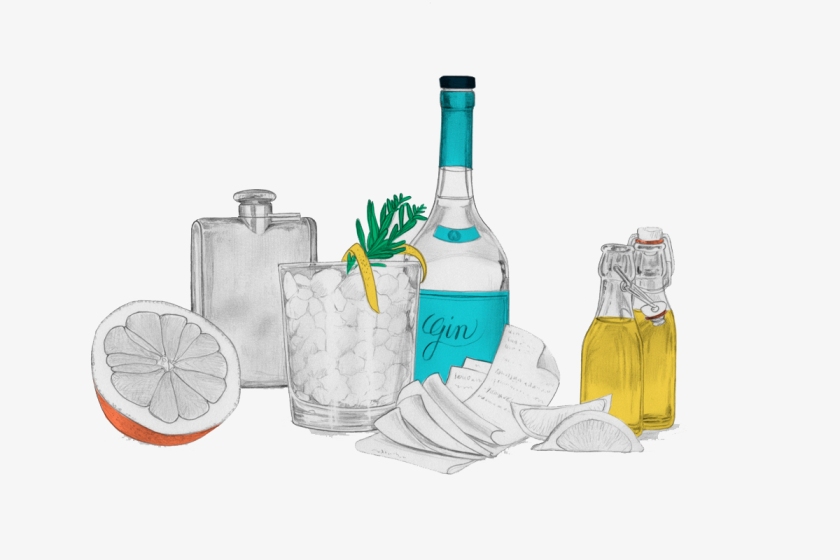 “Crick Water” was a cheap cocktail I recall pulling from a ladle in college. It usually involved combining citrus sodas and powdered lemonade and every possible clear spirit we could find. This slightly upscale take on that delightful drink draws its name from the IRS Auditor Will Ferrell played in the highly underrated 2006 film Stranger Than Fiction.

Now, if you’re anything like me, you keep lemonade permanently on-hand as a stress cure, and I can imagine nothing more stressful than having the IRS banging down your door. In the event of an audit, break out The Harold Crick Water.

One flask filled to the brim with a nice gin like Bluecoat or Junipero. Over crushed ice, add equal parts gin, the grapefruit soda of your choosing, and limoncello. Take a lemon twist and wrap it in a spiral around a sprig of rosemary. Dunk that in your drink and stir it while you sip, and like Harold, no sooner will your tragedy feel like a comedy. 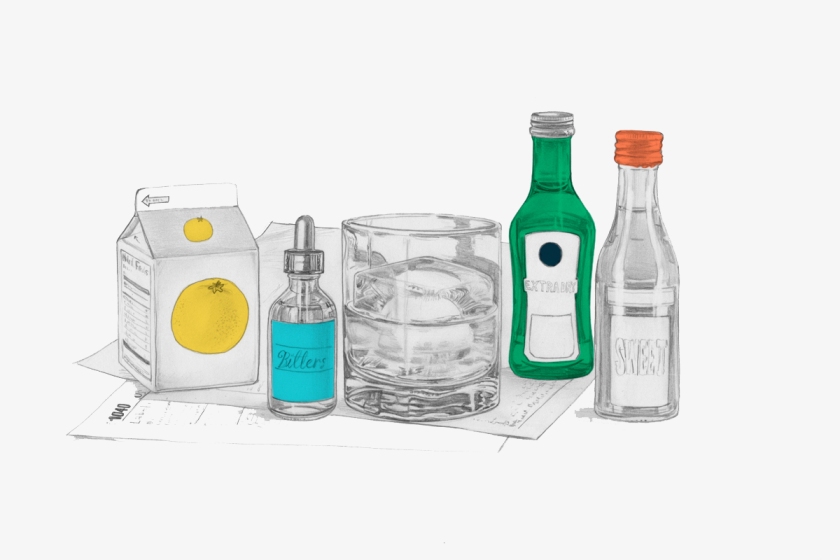 This take on the classic cocktail known as the “Income Tax” incorporates gin, orange juice, and bitters.

If you’re lucky enough to receive help from an accountant, celebrate the end of tax season with your CPA by grabbing two half pint cartons of orange juice from the corner store on the way to their office, and fill your flask with the following:

Start by adding four dashes of your favorite bitters. Add one-and-one-half ounces of dry vermouth and one-half-ounce of sweet vermouth and four ounces of gin. Pour the contents over one large block of ice until the ice floats, and top with the orange juice.

Though it may be a tad on the dry side, try to avoid spilling it on your 1040.

With online tools and websites, it’s never been easier to do your taxes at home. I pride myself on being relatively adept at moving through the process swiftly and ably, and I think it’s due in part to this spicy concoction which I made up one April day while completing the task poolside in Austin, Texas.

Begin by pouring into the pint glass of ice about two fingers of tequila, two fingers of the beer, two fingers of the sports drink, and top with the fizzy water. Splash as much of the hot sauce as you can stand on top, squeeze some of the lime, and guzzle while you fill out your tax forms. As you find your way to the section where you explain how it’s possible that you donated fourteen pairs of socks to Goodwill, top up the tequila, the beer and the hot sauce, and whatever is left of the soda water. Eventually, you will have mostly sports drink. This is good. As you near the end of your filing, you’ll need to stay hydrated. When you’ve hit “SEND.” Chug the Gatorade like you’ve just scored the winning touchdown and order another beer.

Congratulations on filing. Do as I’ve done, and spend your refund restocking the bar.