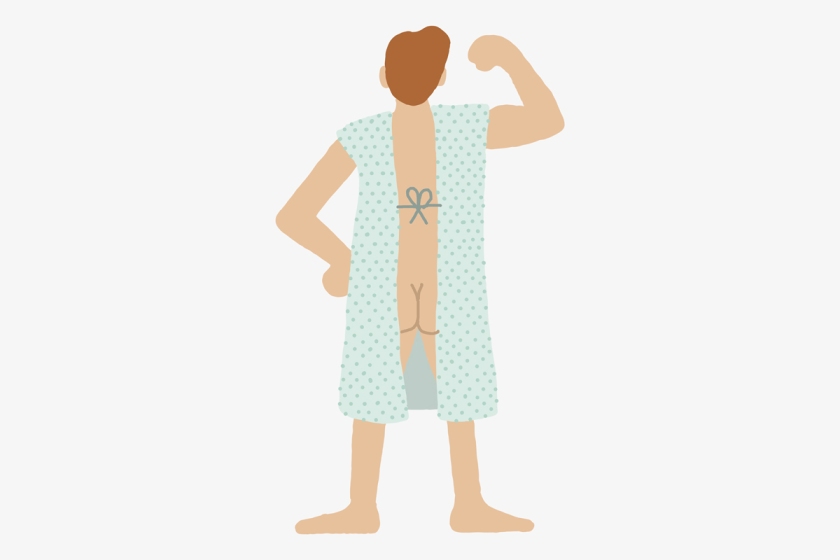 Fresh from his doctor’s office, Peter Bonventre shares how he stays positive to stay negative.

Negative is my new favorite word.

The afternoon was bright and warm, and I’d been reading in my backyard when I decided to grab something to eat and check the stock market. No sooner had I tuned into CNBC than Tom Brokaw appeared on-screen and delivered the awful news: Tim Russert, the long-time moderator of Meet the Press, had died of a heart attack. He was 58 years old.

Brokaw’s words hit me like a sucker punch to the gut. Tim and his wife, the writer Maureen Orth, were old friends of mine. I promptly called my wife Donna at her office, and when her initial shock wore off, she said, “That does it, Peter. You’re going to get a physical. No excuses!”

The date was June 13, 2008. Since then, I’ve completed seven physicals, the last just a couple of weeks ago, and passed them all. Oddly enough, while disdaining annual checkups for too many years, I had readily submitted to two colonoscopies, thanks to my brother-in-law, a gastroenterologist who summed up the benefit of the procedure succinctly and powerfully: “No one should die of colon cancer.”

In between my colonoscopies, however, I sweat each annual physical out of concern for two internal organs: my prostate and my lungs. Unlike a colonoscopy, the prostate-specific antigen (PSA) blood test for prostate cancer and the low-dose computed tomography (CT) screening for lung cancer are trickier propositions. But for my money, they’re the two best reasons for getting an annual physical.

First, let’s consider the PSA blood test. Men over 50 are the target group. The PSA test is not perfect, and it has sparked a fierce debate among doctors. The best advice: Talk to your doctor about the test’s benefits and risks. If you do take the test and your PSA level is high, your doctor may recommend a biopsy—a snipping of a tissue sample from the prostate to be lab-tested for cancer. A close friend of mine declined to take the PSA test, and died of prostate cancer when it spread to his spine. I don’t want that to happen to me.

My anxiety over lung cancer has more personal roots—it killed my father and his father. They both smoked, though my father hadn’t had a cigarette for years before he died. I’m an ex-smoker, and I hope to be luckier than my father. One reason: Thanks to low-dose CT screening, which is more effective than a normal X-ray, early detection of lung cancer is possible. In addition to my family profile, I’m a prime candidate for the scan because I’m in the target age group—between 55 and 74—and have a smoking history of at least 30 pack-years (one pack a day for 30 years).

After consulting with my doctor, I was screened last November. The result: negative! I’ll do it again early next year, and pray for a similar result. Negative is now my new favorite word in the English language.