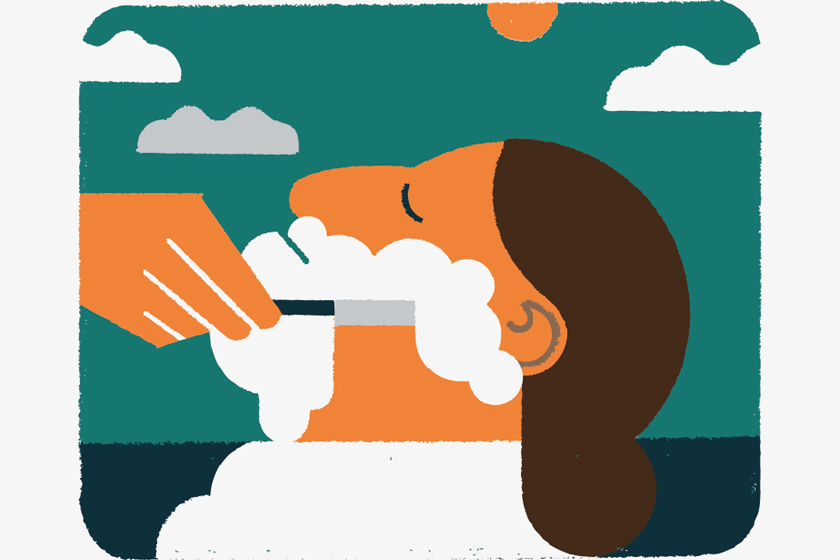 On a train leaving Prague, as the fields met the river, an Italian stranger sat down across from me and asked why I was traveling to Vienna.

These conversations are like a game of “fast friends,” at least if the other person wants to play. I like to kick things off by telling someone exactly what I’m thinking at that second. So I told him I was unsure of what I was doing professionally and that the aim of this trip was to gain some perspective…or something.

The Italian took his turn, asking if my brothers called me Peter or Pete. Did I mind if he called me Pete, too? When I paused, the silence did not make him nervous. “Fast friends” was a game he knew well.

His father was a barber and he asked if I’d ever had a hot shave. He said a hot shave could make me feel a thousand miles away from wherever I was. When I said no, I hadn’t ever had one, he didn’t just tell me why I should try it, he showed me why.

His hands whirled, as though wrapping a steaming hot towel, lathering shave cream, and working a razor. A hot shave, he said, mysteriously compels the customer to escape to a place where he can share his secrets without fear of those secrets making their way back home. Similar to a priest during confession, a good barber’s job, apparently, is to quietly listen to whatever is on the customer’s mind.

After the Italian and I said our goodbyes in Vienna, I not only wanted a hot shave but also to corroborate his theory, so I began getting hot shaves where and whenever I could. One barber in Chicago said he hated how some guys confuse the intimacy of the shave for intimate conversation. Another in New York said he was surprised how his customers’ trusting him to hold a razor to their neck translated to trusting him with their secrets. Several shaves later, I found that while barbers don’t deny the customer’s desire to come clean during a shave, not all of them relish their role as confidant. It seemed my Italian friend wasn’t wrong, then…but was he right?

My most recent hot shave came after a particularly long week—one of those weeks I’d had enough and wanted to get out of New York. Without even noticing, I instinctively headed to my local barbershop for some hot shave therapy.

This time, I did not confide in him. When he finished, I could see he did a good job. Though I’d lain there and done nothing, I looked cleaner, younger, and, most importantly, I felt renewed. My companion from the train might have felt the need to divulge his secrets – to use his barber as a pseudo-therapist – but for me, just being there was therapy enough. Whether in Vienna or New York, when I lay back, close my eyes, and feel the heat of the towel wrapped around my face, those twenty minutes of silence remind me to appreciate exactly where I am.