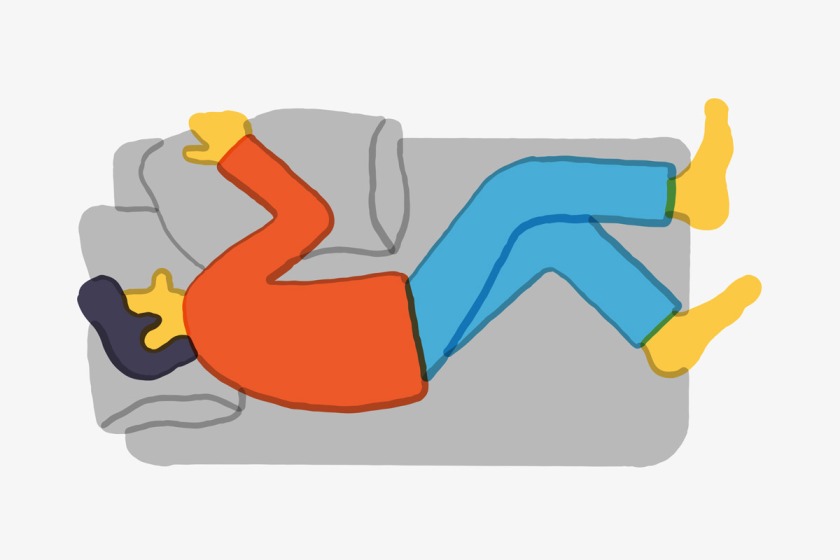 After a bad breakup, I needed to take some time for myself before jumping into anything new…so I bought a twin size bed.

A basic Google search for “dealing with breakups” suggests there are “secrets” to this knowledge. Some of these are vague, and some are elaborate how-to’s.  “Accept the end.” “Handling drunk dials/texts to/from the ex.” “Responding to a ‘We need to talk’ text” “Be Thankful.”

For me, the answer was more straightforward: Buy a twin bed. Definitive decisions for definitive results, right?

It may not have mattered to me that a twin bed feels and looks, well, sophomoric. Or that I hadn’t slept in one since I was a freshman in college. Or even that twin beds are technically designed for humans under six feet tall (I’m 6’1”).

Sure, buying a twin bed might mean months of ridicule from friends, family, and coworkers, but I planned to hit the reset button and didn’t care what anyone thought of my methodology. So I headed to the Sleepy’s showroom in NoHo with a clear directive in mind. Twin size bed, here I come.

When I arrived and asked to see their twin beds, I was met with a mixture of confused and amused faces. Apparently, ten out of ten adult mattress experts agreed: I should rethink my strategy.

The clerk led me to their testing room, filled with a variety of beds ready to be napped in. “Take all the time you need to try out all of our larger sized beds. We think you’ll like the experience.” He handed me a pamphlet, shut the blinds, and closed the door behind him so I could privately try each bed as though I were actually going to sleep this craziness off.

First, I lay down on a king size bed, opened the pamphlet, and read that the mattress was “engineered to be forgotten as you fall asleep.” I closed my eyes thinking, yes, I’d been trying to engineer that same thing. But who was I kidding? King size mattresses were for disciplined people. People who were kings of their own decisions. Next, I made my way to the queen size mattress. Also luxurious, but the extra space only reminded me that I did not need another female relationship in my life, even if it was the Queen herself. I skipped the full. There would be no middle ground now. It was time to lie down on the twin; on the evidence of my childish approach to being an adult…

My problem, though not king or queen sized, was the same problem that made real kings and queens build massive walls. Somewhere in the empty space of any normal, human-sized bed, an imaginary line existed between me and the temptation to run at the first pretty face that threatened to unravel my attempts at emotional recovery. Of course, the kind folks at Sleepy’s saw it first. Just as my body was too big for the twin bed I wanted, no wall is big enough to solve the problem for which it was built. I had made my bed and doomed myself to sleep in it.

But walls can be climbed or broken, like any symbol of our fears. My half-baked strategy failed, but my attempt taught me one of the only things I’ve been able to put together about being an adult: Failures can’t stop you from trying again. And besides, a Twin, for the right girl, makes you seem smart, responsible, maybe even more attractive.

Well, not really, but she’ll understand.

Almost a year has passed. My twin-size lady repeller is in storage, and I have a new girlfriend. Last week, I had a beer with a good friend of mine who, coincidentally, also bought a twin bed after a breakup several years ago. A while after, he managed to meet a new girl who accepted him for who he was, twin bed and all. Then they moved in together. Today, I consider them my favorite married couple.