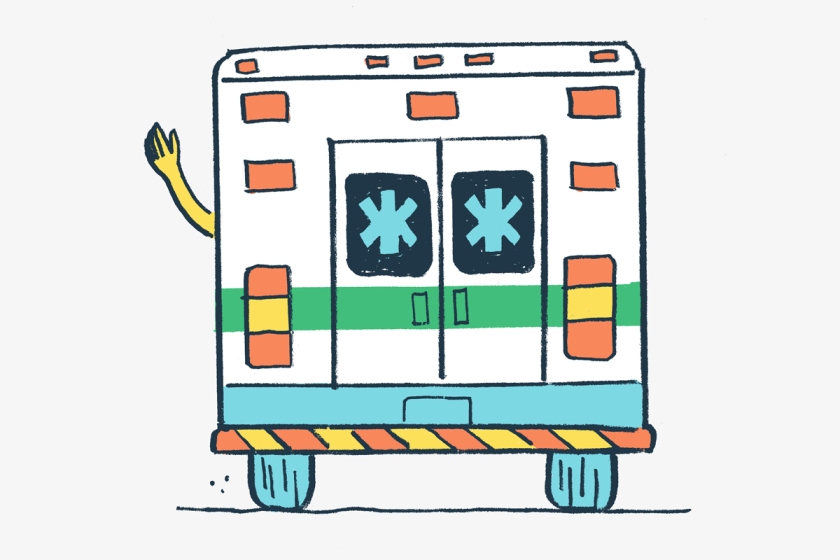 Don’t sit idly by while others do all the talking. Whether right or wrong, it’s good to speak your mind.

One December, a few days shy of catching the holiday spirit, I got into a car accident. Up early on a Saturday morning to run errands before a busy day, I dropped the dog off at daycare and headed to the farmers market. Ongoing construction combined with the rush of weekend tourists had turned the road into a bit of a mess, but I kept hitting lights and breezing through my drive, making great time. Then it happened. A 70-something year old woman barreled into me at an intersection, t-boned my truck, and sent it spinning into a light pole.

The whole crash probably unfolded in a span of 10 seconds. I recall trying to make sense of what was happening – mentally still driving, but physically pirouetting through the streets. Here’s what I saw: the road ahead of me, a very blurry red car, the road behind me, other cars, and a badly smashed, much less blurry red car. Here’s what I knew: I’d been hit, I continued moving, and then I hit something else. Hard.

That something else turned out to be the pole, which my truck wrapped itself around rather snugly.

I sat in my crumpled truck for a few seconds, trying to regain control over a situation I wasn’t entirely sure had even happened. My body had felt the impact, but my mind didn’t know what had caused it. I waited for some sort of replay to come on in my head (can’t I just rewind 10 seconds?), but there was no clear memory. Then, a cold gust of December air awakened me to my new reality.

I removed my hands from the steering wheel and began taking stock of the damage. The back window had shattered into pebbles, which were now strewn about the passenger seats. The lack of factory-tinted glass gave me a clear view of the light pole that now seemed impossibly close to the truck bed. When my head craned back around, I realized that I was still able to move freely. Blood hadn’t exploded from my face and nothing hurt too badly. I seemed to be okay. Making eye contact through my windshield with the other driver, I immediately got out of the car and ran to hers.

“Are you okay? Are you hurt? Are you okay?” I shouted repeatedly while scanning her for any visible injuries. She nodded and replied, “I’m okay. We’re okay. I don’t think we’re hurt.” Her grandson got out of the car clutching an instrument case and the three of us stood there together, waiting for emergency services to arrive.

Traffic carefully crossed through the intersection, knowing now not to honk at the cause of their inconvenient little traffic jam. I kept wishing I were in one of those cars, warm and safe and away from all the staring eyes. Then I heard a voice calling out from behind:

“That truck saved your life!”

I turned and saw that the voice belonged to an EMT in the driver’s seat of the ambulance that just arrived. He continued talking as I walked toward him. “That’s a hell of a truck, man. I’ve got the same one myself and that thing saved your life. No question about it.”

“It did,” I replied. “It’s a great truck… the best thing you can buy. Or was the best thing, I should say.” By that point, I had no idea what to say.

The man brought a cigarette to his lips. “It saved your life,” he repeated, as smoke from his first puffs clouded around him. Before I could say anything else, he cut me short. “That old bitch should not have been driving. She’s too old! She was going way too fast.” I nodded, though it was hard to believe that this cigarette-smoking ambulance driver just called an elderly woman an “old bitch.”

I’d spent the whole morning discussing the crash like an outsider, but only now did I begin to process it internally. There I stood, alive to see the aftermath of the crash but unable to say anything of substance or take a stance like the EMT had. Sure, his stance was fairly obvious and unnecessarily rude, but at least he said something.

The point is, I should have been killed. They should have, too. I tell people now that it was the best-case scenario for such a serious looking accident. Nothing more than a few bumps and bruises. No arguing, shouting, or anger…just an all-consuming appreciation that though our cars were totaled, we were fine.

And that’s why I appreciate that the EMT spoke up. He pulled me out of a daze and made me realize that the worst was over; that everything was going to be okay. I never did get to that farmer’s market, though. Bummer.