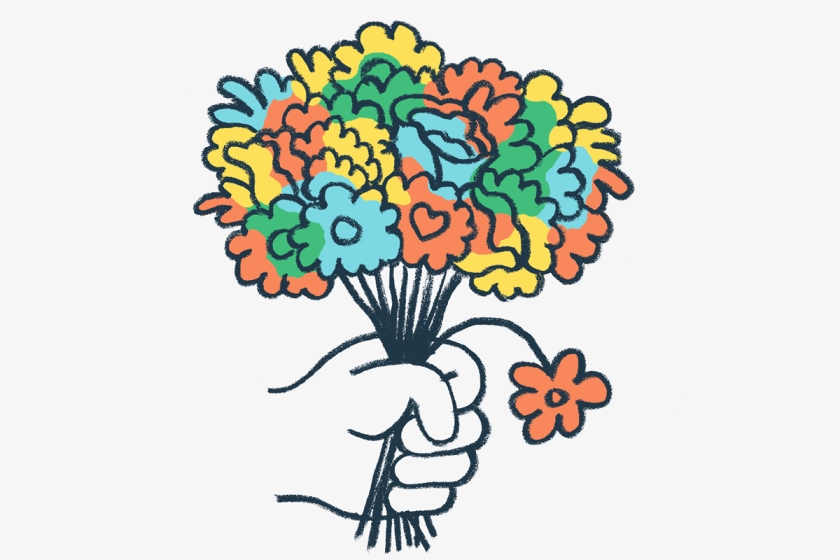 My father’s advice saved my relationship.

We’d been together for about five years, but it hadn’t always been easy.

We tried the whole long distance thing for a couple years, but it soon became unsustainable, so we (amicably) parted ways. A year later, though, she found her dream job, moved back east, and we got back together. Her parents weren’t as thrilled about the reunion.

The reasoning wasn’t clear to me, but the cold shoulder was. Over time, I became stubborn and defensive, blaming them for the rising tension in our relationship. Forget about how this affected me – the situation was taking a toll on my girlfriend.

It was time for me to step up.

A little background on me: My Dad is a black man who grew up in one of the rougher neighborhoods in Boston, while my Mom grew up in a strict, white, Christian family in rural New Jersey. That in and of itself has never really been a problem for me, but ever since my parents’ divorce 15 years ago I’ve had a pretty rocky relationship with my Dad. Last year, though, he told me a story that changed our relationship for the better.

Once while visiting my mother’s family in the early 90’s, my Dad was talking to my uncle-by-marriage on my mother’s side—a guy from a straight-laced Southern town. Upon meeting my brothers and me, he asked: “Will they be alright…you know, will they be as smart as other kids, because they’re mixed?” My Dad said he just smiled, and replied, “They’ll probably be even smarter.”

The way my Dad took the high road in the face of such blatant ignorance triggered something powerful inside me that helped me to put aside the fight with my girlfriend’s parents. Instead, I decided to write them a letter. It felt like the thoughtful way to get my points across. With my temper, settling things in person would have made the situation worse.

It took me a week to write. I wrote about what was important—how I loved their daughter and how my trials had shaped me. Dropping that envelope into the mail was liberating, but I wasn’t finished. I went out to dinner with them. A lot. I brought flowers, asked questions, showed interest. I continued to be endlessly polite. I made myself vulnerable when my girlfriend probably knew I was burning alive inside. Pure and simple…I showed up.

Through all of this I not only grew as a man, but also improved myself in my girlfriend’s eyes. She knew how hard this had been for me and how much effort it took to follow through. The hardest part, though, wasn’t the process itself; it was choosing to make myself vulnerable at a time when culture often dictates to do the opposite.

Thankfully, this reset my emotional balance in life when I didn’t even realize it was off-kilter. I no longer dread social situations, and I don’t have to pump myself up just to get through dinner. I still nervously sweat sometimes, but at least I’m smiling at the same time.

Call it a work in progress.