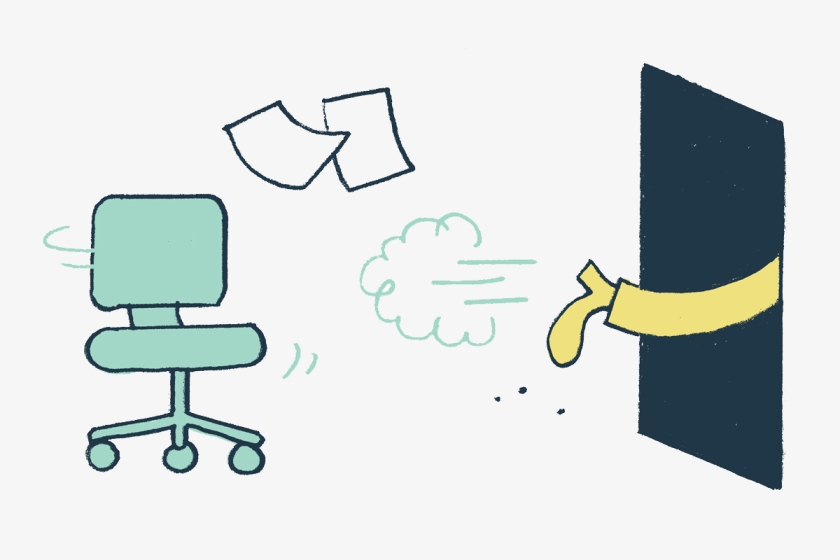 Moving to a new city can be tough. Moving back once you already left? Now that’s the real challenge.

To me, Woody Allen’s version of New York City always trumped the drug-infested, crime-ridden hell-hole portrayed in basically any movie made in the 1980s. I desperately wanted to believe that the city could produce a love story fueled by hot coffee and a view of the Queensboro Bridge.

It took a lot for me to drop everything I was doing in Boston to make the journey south. At the time, I was aimless; bored, jobless, addicted to toxic relationships, and slowly growing round from the burrito place next door to my apartment.

My little brother was the one who convinced me to gather my belongings and get the hell out of dodge when he asked me to move to New York with him. No more than a month later, I moved to New York City and fell in love with it in a very real way—free from resentment or toxicity. I found a route, mastered the trains, and got into a rhythm. Within months I found a job, albeit a terrible one, but a job nonetheless. I felt like I was home.

My transition was seamless because of my little brother. Growing up four years apart, we spent our entire lives fighting and throwing things at each other. It was our apartment in Brooklyn that brought us together. We became a daily part of each other’s routine and spent our days exploring the city and stuffing our faces with as much fried chicken as humanly possible. Adam and I had renewed our relationship and become best friends immediately.

It was sudden and unexpected and shattered the lives of everyone around him. He was the biggest part of my life and he had been ripped away—so I packed up everything I had, left the apartment we had lived in together, and moved back home. The months following his death were hazy—I didn’t leave my bed for three months and drank myself into a stupor almost every day.

The change in seasons woke me out of my depression enough to find myself on Amtrak’s homepage, remembering a conversation that Adam and I had had in which we decided we were going to visit Montreal and go on a culinary tour de force. I booked the ticket—a 10-hour train ride from my home—to pick up my pieces.

While abroad, I met a man who called himself Duke. He was a mysterious and laid back fellow who reminded me of Jeff Bridges in The Big Lebowski. I remember he was from Calgary and didn’t have a bellybutton. I didn’t ask why. Duke and I struck up a friendship while in Montreal and I told him my life story—or, at least, the parts that really mattered.

Duke of Calgary reminded me of my brother in the sense that I felt like myself around him, which is funny as I had only known the man for a few days. I told him how I wanted to go back to New York City, but didn’t think I could muster the courage.

“Hey man,” he said, scratching the spot his bellybutton should have been, “I think you’ve got it in you.” His words, as simple as my brother’s, put the confidence back into me that I needed to reconsider NYC.

So I did it. I came back and forced myself to start over—again. The first year was far more bitter than sweet; I found myself crying at street corners, Subway stops, and Halal carts. New York felt like Adam and I saw him everywhere I went.

Then, the strangest thing happened one night. I got a job working as a coat-checker at this bougie little club in Chinatown. During a particularly tough night, my favorite waitress came over to me and handed me a drink.

“I read your stories,” she said, “I read about your brother and I want you to know I lost a sister.” I couldn’t muster a response, but she talked more. Her eyes welled with tears talking about her sister and how her death was sudden as well. She was smiling at the same time and it reminded me of when the sun peeks out during a rainstorm. We talked and laughed and I told her about Adam and it started feeling okay.

My life hasn’t gotten back to normal and it never will—he’s as much a part of my life as he was when he was alive. I still think about him whenever I walk down a certain street or get a sandwich from the bodega we went to almost every day. He and I hang out on the train together and I hear his laugh in my head whenever I crack a dumb joke.

New York, the second time around, has been unlike anything I’ve ever thought I’d experience. I can finally sit back and enjoy the city that was portrayed so magically in all those Woody Allen movies I watched growing up. Since I’ve returned, I’ve found new secret hiding places on my own random side streets. My brother is part of the city now, haunting it with the charm and sense of humor that I’ll never forget. I’ll always have rough moments, but I still admire the fact that I’ve never deviated from his advice. I live in New York for him.