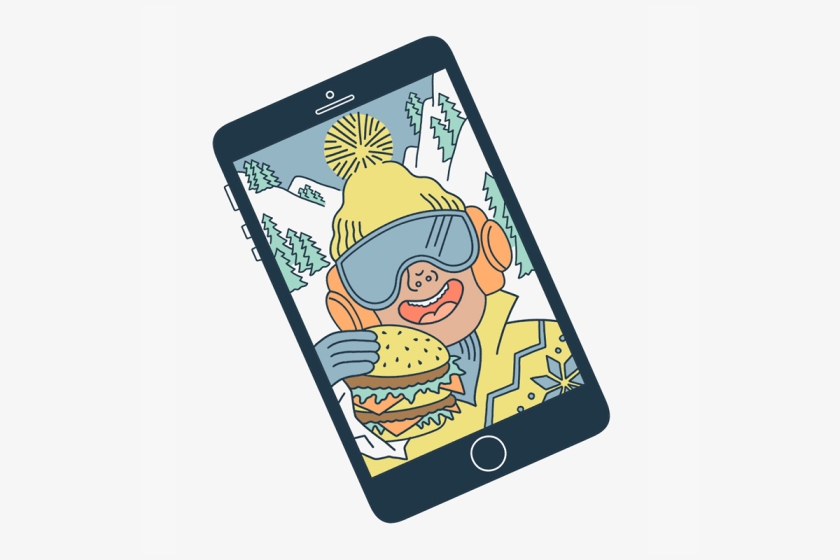 At 68, it’s time to try the things I’ve never done that millions do every day.

Several weeks ago, my esteemed editor here at Harry’s Five O’ Clock magazine, Jon Goldmann, wondered if I’d like to contribute something to their Thin Air Issue that would explore the “sensation of pushing personal boundaries into territories unknown.” To wit, he mentioned goals like tackling the Tetons or transitioning to a new trade. My first reaction was, He can’t be serious. I’m 68 years old. And later when I told him so, he said,  “You don’t have to play it literally. Give it a little thought.”

You see, that’s why writers need editors: to give us a push, encourage us to let our minds wander in a different direction. To start the process, I figured I should set goals that I could actually achieve. And then it hit me: There are some things I’ve never done that millions of people do every day. If I had the nerve, I really could venture into “territories unknown.” So without further ado, here it is: My list of new adventures for the year ahead. Wish me luck!

Consume my first Big Mac. Hand to God, I’ve never eaten a McDonald’s hamburger. I can’t tell you why. I’m not a food snob. Even weirder: Neither has my 23-year-old son ever eaten a McD’s burger. As a child, he only wanted Chicken McNuggets. Go figure. A glitch in our DNA? Maybe. I will confess, however, that while he was shoveling nuggets into his mouth, I was filching his french fries.

Download a song on my smartphone. Nope, never done it, though U2’s Songs of Innocence was secretly forced onto my iPhone 5s when I wasn’t looking. Look, I love music as much as the next guy; I just don’t need to listen to it every waking minute. Give me a big easy chair and a classic cocktail—be it a martini, Manhattan, or Old Fashioned—and I’ll take Frank and Ella singing to me through speakers rather than those irritating ear buds.

Take a selfie. According to various estimates, a quarter of Americans shared a selfie on a social networking site in 2014, including President Obama. That’s, like, 80 million people! I wasn’t one of them. Nobody’s ever accused me of being camera-shy, no matter how ‘say-cheesy’ the moment—but taking my own picture and then posting it on Facebook seems lame. I’ll give it a go though, and this much I can promise: No dick pics.

Ski down a mountain somewhere. On second thought, being of a certain age, I should first try skiing down a hill, perhaps a gently sloping hill. At least I can say I finally strapped on a pair of skis. Actually, I should take this activity more seriously. Considering the dire warnings about climate change, punctuated by the seven feet of snow that fell on Buffalo, N.Y., in 24 hours a couple of months ago, skiing may become a survival skill.

Pump my own gas. Whenever we pull into a gas station, my wife Donna mans the pump. If I’m alone, this man always avoids self-service-only stations. Don’t roll your eyes, but I’m afraid I’ll lose control of the nozzle and gasoline will start spraying my shoes and pants and somebody will walk by and carelessly fling a cigarette butt in my direction and…well, you know. I’m determined to conquer my fear this year. Say a little prayer for me, okay?

That’s about it. I’ve longed to play the piano and speak fluent Italian, but I’m pretty sure I won’t have much time this year to pursue those two dreams. Seems I’ve already got a full plate.