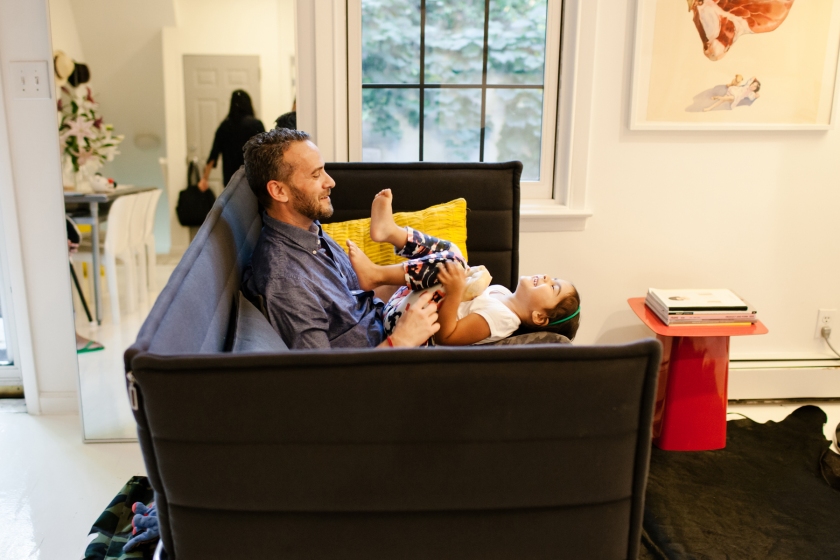 “My wife will ask me in the morning, “Why are you so angry?”” We are standing in Joe Doucet’s sleek, Brooklyn Heights kitchen. He leans on the counter as he speaks. “I’ll tell her, “You know why… Because I haven’t had my coffee!”” He laughs. “In fact, I’ve already had two today.” It’s 7:00am. His wife, Sveta, slips into the room. “I try… he’s a lost cause,” she says. Then to him: “I know that when I dropped you off at work the other day, you went straight to get another [one].” 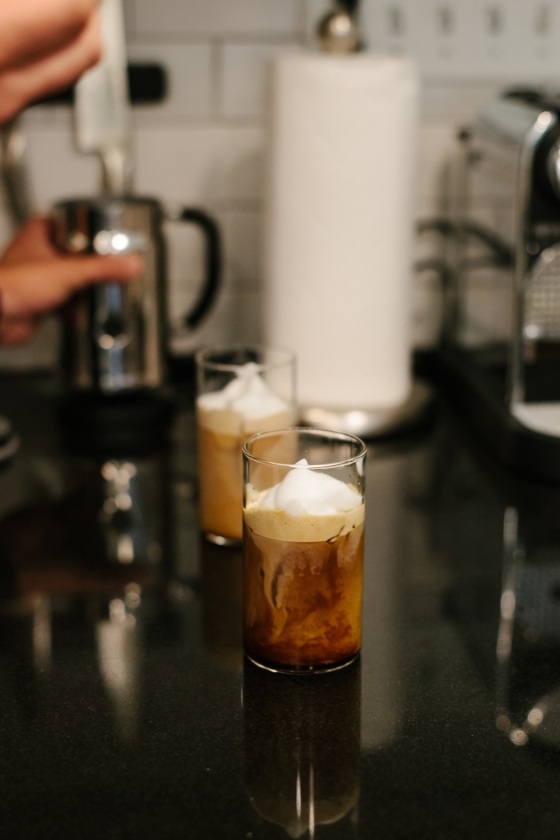 Doucet is an award-winning designer – furniture, spaces, objects – and innovator whose eponymous studio has offices in New York and London. His works are clean, thoughtful, and often involve a bit of humor.  (A favorite of ours is a gold-plated ashtray, entitled Fetish, with a single slot for “that last cigarette before you get back on the wagon (again) for good.”)

“I’m the first one up around here,” Joe says. “I make a bottle for my three-year-old daughter, Saana, and then drop her in bed with my wife while I take a shower.” After getting dressed, Joe makes Sveta an iced latte (and one for himself, of course). He expertly handles the Nespresso machine and spoons steamed milk into two glasses. “There are baristas weeping somewhere right now,” he cracks. After presenting Sveta with her coffee, Joe opts out of breakfast, gulping down a glass of protein powder mixed with water. He swears: “I’m a stack of pancakes guy at brunch – I like the Lumberjack at Clark’s Restaurant – but that’s my weekend treat.”

Sana emerges from her room with Tate, the family’s 10 year-old terrier/poodle mix, and immediately, the pair owns the room. As they bounce around, Joe says: “Having a small child structures your morning, that’s for sure.” He pours Panda Puffs cereal into a bowl, but Sana has already grabbed a bagel, which looks massive in her tiny hands. She nibbles it. “Can I have a bite?” Joe asks. She says quietly, “No.” 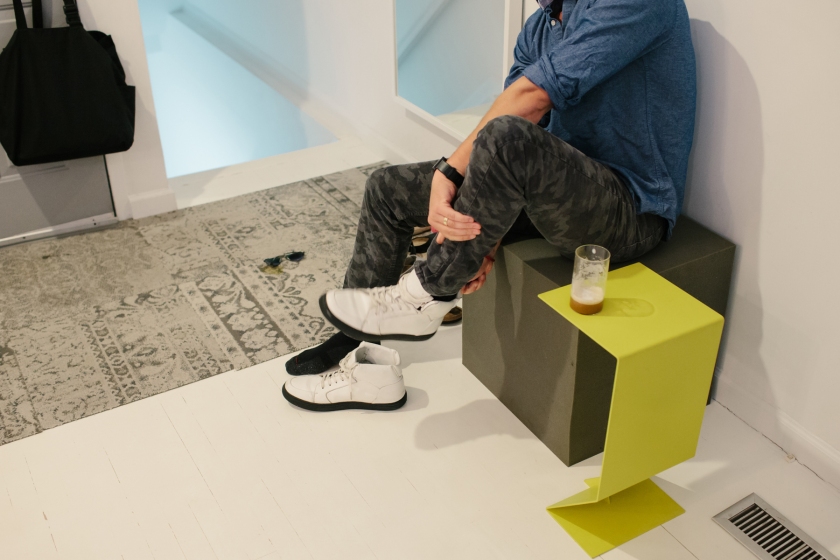 Saana’s nanny arrives, and Mr. and Mrs. sit at the kitchen table, checking their emails. “Many of my clients are in Europe,” Joe says without looking up from his screen. “So by the time I wake up, I know what kind of day it’ll be – shitty or fun.” Joe puts on white hi-tops that match the floor. “I’m giving [that] talk tonight,” he says to Sveta, so I’ll be home a bit later.”

Joe the designer seems to notice something amiss with one of the barstools at the counter and flips it over for inspection. He shakes his head, checks the time, and puts on his jacket. Joe the dad grabs his daughter and gives her a massive hug. As he slips out the front door in the direction of the 5 Train at Atlantic Avenue, Sveta explains the near-militant extent of Joe’s morning routine: “If [he’s] ever here a minute past when he’s supposed to be, we’re all shocked.” 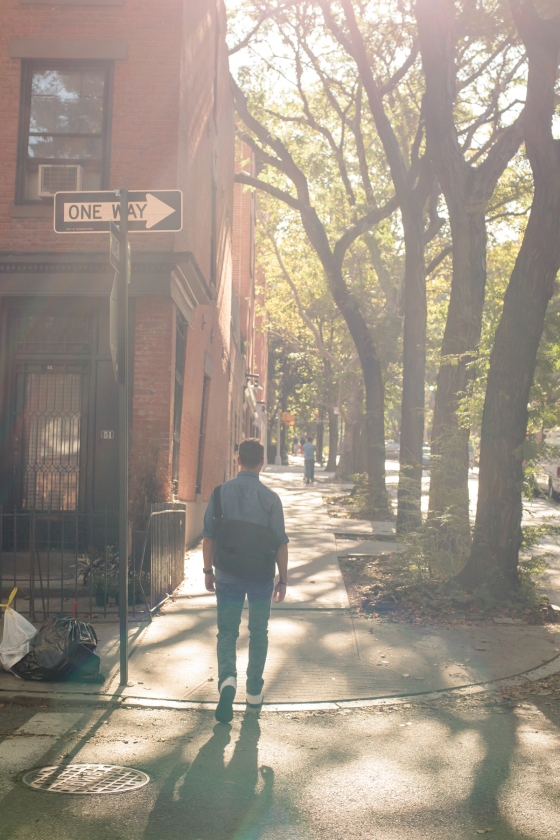