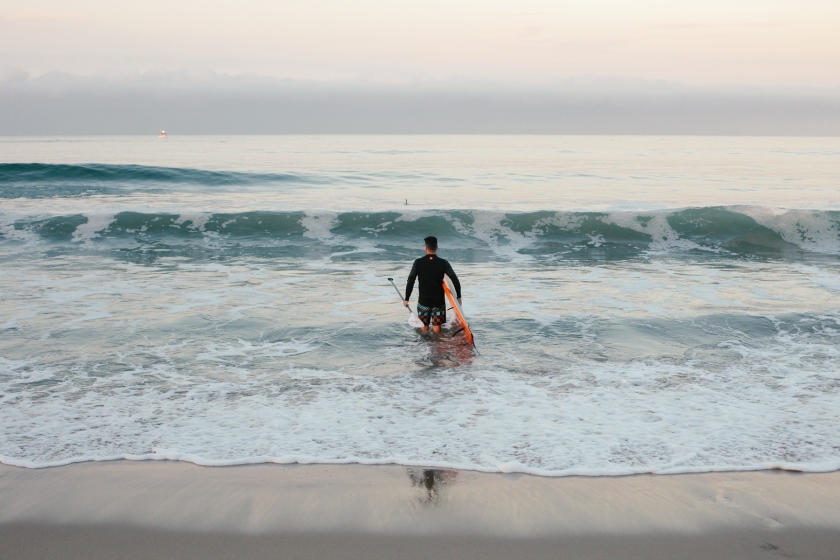 “Let’s go to the beach. It’s a nice morning for some paddle boarding.”

It’s blissfully quiet when we arrive at Adam Garone’s place – a friendly, contemporary townhouse in Marina Del Ray. The sun has just started to creep over the low row of houses perched above the neighboring canal. Garone answers the door in board shorts and several days worth of wiry scruff. “Let’s go to the beach,” he says as he puts on a rash guard. “It’s a nice morning for some paddle boarding.” 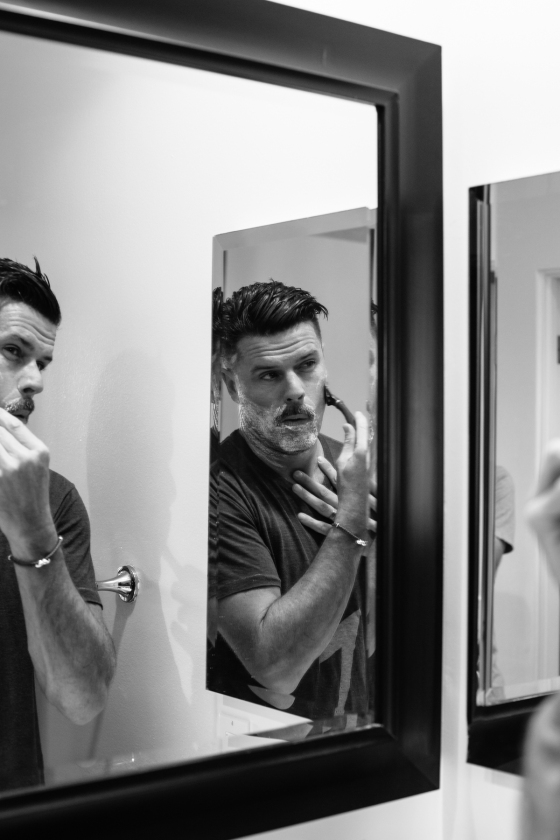 Garone, 42, is one of four Aussies who started Movember – the organization dedicated to promoting men’s health, wellbeing, and the fight against prostate and testicular cancers. You can spot members in the month of November proudly displaying their well-kept moustaches that supporters pledge money to watch them grow. Garone’s background ranges from time spent in the Australian military to technology, to real estate development. He moved to the U.S. to pursue Movember (now in its 11th year) full time in 2007. The organization counts over 4 million members in 21 countries, and funds 832 programs that have raised over 550 million dollars worldwide. 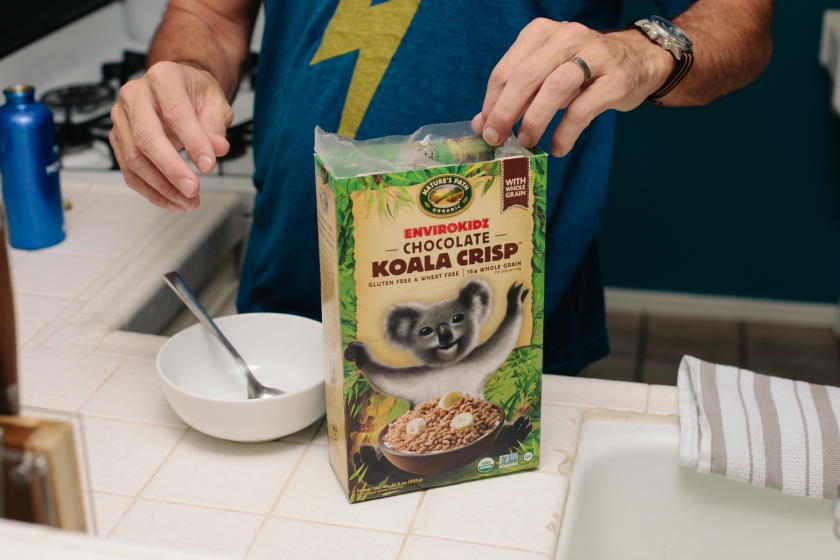 After retrieving his board and paddle from the garage, Adam makes his way methodically out to the beach. Streaks of pink, orange and blue paint a perfect California morning. He paddles into the surf, makes quick work of a few rollers, and casually catches a few waves before returning to shore.

Back at the house, Adam takes a shower, and shaves the scruff off of his cheeks, accentuating, appropriately enough, his moustache. “I usually have a moustache about 9 months out of the year,” he explains. “Sometimes I just need a break.” He laughs before adding: “That’s the thing about running Movember – everyone expects the moustache.” Now clad in a T-shirt, he moves downstairs to the kitchen. He opens the pantry and pulls out a box of Koala Crisp – a healthier, gluten-free version of Cocoa Puffs. Garone chuckles at the irony of an Aussie devouring a box of cereal adorned with an admittedly “creepy looking” Koala and says, “Hey, what can I say? They remind me of being home…” Then he takes a long drink of water from his thermos.

The Movember offices occupy a gaping, loft-like space in Culver City – formerly a dance studio. The sectioned-off, main room is decked out in masculine finery –wood, leather, antique-looking rugs and taxidermy. There are pool tables, a barber shop, and a Faema e61 espresso machine, which Adam bellies up to and begins making flat whites, an Australian espresso drink similar to a cappuccino or latte, but with a higher coffee-to-milk ratio. “I’ve been practicing my skills as a barista – we all have,” he says over the hum of the coffee grinder.

“I usually have a moustache about nine months out of the year.”

Adam brings one of the finished flat whites to a fellow Movember staffer. He sips from his paper cup and tells us: “It’s been cool to watch coffeehouse culture flourish so much in the States, because that community feeling is what I’m used to from growing up in Australia.” And then: “Back home, we’re all about being laid-back and approachable – so everyone wants to take part.” We take another glance around the room. Yeah, Garone may be talking about coffee, but what he’s saying sure does remind us of Movember.