Curator. Collaborator. Creative. We rap with Marc Moran at his Bucktown flat.

“It starts with music. I wake up every day with an idea of a song in my head. Today it was Tupac.”

It feels like spring in July when we arrive at Marc Moran’s well-appointed flat in Bucktown on a Thursday morning. He answers the door promptly at 7 a.m., no sign of sleep in his eyes because he’s already been up for an hour—the first part of his method. He’s clad in an Adidas baseball tee, tailored Nike sweats, and Flyknits. “Thugz Mansion” by 2pac greets our ears as it plays on his iPhone.

“I have three things I do every morning,” the Apartment Number 9 creative director says. “It starts with music. I wake up every day with an idea of a song in my head. Today it was Tupac.” Often, Moran will read the lyrics alongside the melody—a routine that will set the tone for his entire day. Today’s soundtrack comes from a conversation about hip hop Moran had the day before with his cabbie in New York, a 48-year-old from Harlem. The night before, Moran had attended a set by comedian Hannibal Buress, and Prodigy of Mobb Deep had been a surprise guest. These are the kind of chance creative collaborations that just seem to happen in New York. And Moran, a Chicago boy through and through, has tried repeatedly to bring that kind of culture to the City by the Lake.

We head out the door to pick up some fruit and nuts (the second key to Moran’s typical morning) at Olivia’s Market, an upscale grocer just around the corner. “I feel like Superfun was that in party form,” he says, referencing a regular Wednesday-night bash he hosted at J Bar from 2009 to 2011. The party was full of nights like the one where the cast of Glee showed up and everyone sang “Killing Me Softly” a cappella even though the manager had turned on the lights and cut the music in an effort to make them go home.

He sits on his front stoop with blackberries, bananas, and the Chicago Tribune, and he tells us about his roots. Just after graduating high school he studied music production for a year in Florida before returning to Chicago as R. Kelly’s personal assistant. After deciding the industry wasn’t for him because of its low ceiling and the unhappiness he witnessed in the lives of guys who were supposedly at the top of the game, he turned to photography and design and founded a two-man firm called Scholar & Dutch. 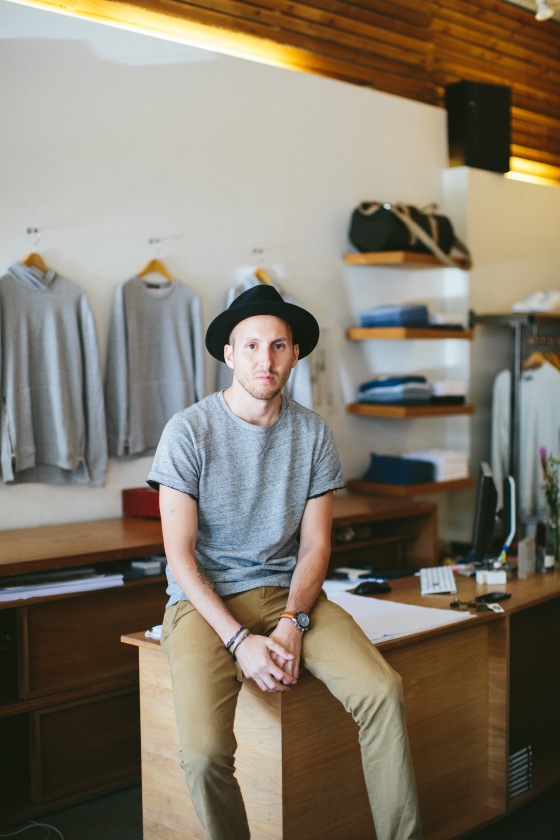 Later, he opened RSVP Gallery with Don C and Virgil Abloh, two of Kanye West’s style consiglieri. “Fashion and music are so tied together in the urban community,” he says. “I felt I was still in the music industry but in a way that worked for me.” His current gig at Apartment Number 9, though, feels like home for the man who’s finally coming into his own.

“I’ve dedicated my life to never doing something for the money. I want to do things because of how special they feel.”

All that’s left in the morning routine is a run through the neighborhood before his first meeting at 9:30 a.m. “A few years ago I was being reckless and indulging in anything I wanted, hurting myself and others,” he says, reflecting on how much has changed—from getting up early to his diet to his training regimen. “Being a man is about self-control.”