“Getting paid to do art doesn’t make you an artist. Either you’re living it or you’re not.”

Juan-Elias Riesco is happy. It’s 9 a.m., and the 22-year-old has just strolled into Sip Coffee House on Grand Avenue, greeted the baristas by name, and received his usual iced vanilla latte in return. 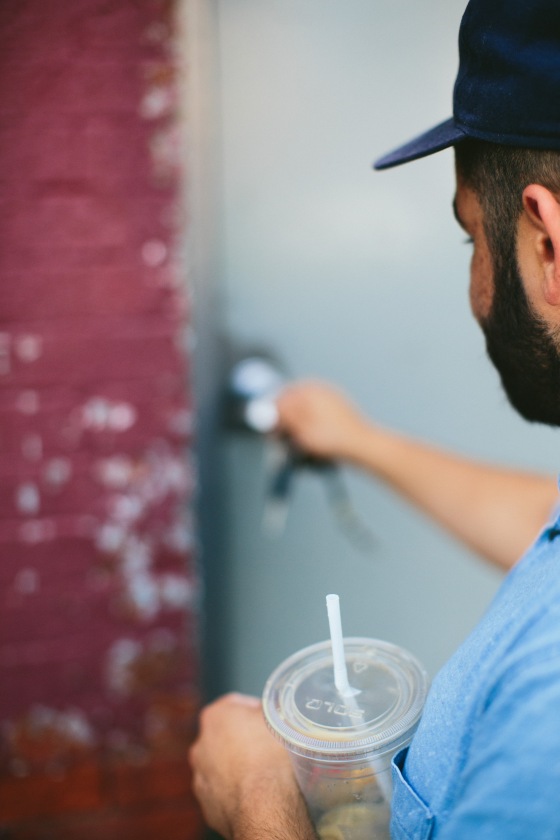 “What’s up, boys?” he says when we meet in the courtyard. He pulls out a multi-colored NASCAR sweatshirt from his bag, and sets about deconstructing the garment between sips. His days start with coffee and an hour or so of unstitching clothing, which he’ll eventually reassemble into something funky like a sleeveless, crop-top hoodie. 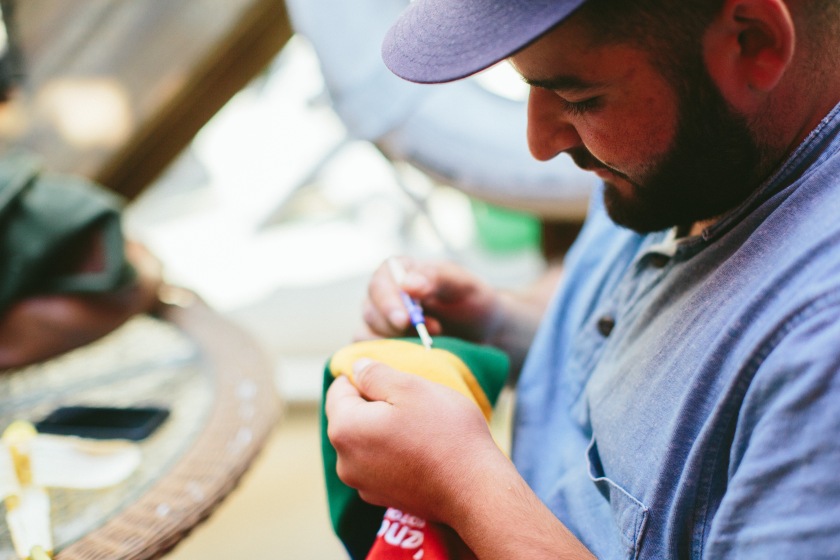 Riesco packs up his morning’s project and we set off for his apartment above Nini’s Deli, the family business, where quesadillas, Cuban sandwiches, and falafels live in perfect harmony with each other. His Mexican mother and Cuban-Lebanese father (whom he cheekily calls “Junior”) moved to Chicago’s Noble Square in the ‘70s, after his grandfather was jailed in Cuba for sheltering the would-be assassins of one of Fidel Castro’s brothers. They landed in Noble Square during a time when people were practically giving away real estate to anyone loco enough to come relocate to the neighborhood instead of high-tailing it out of there. “This used to be a danger zone,” Riesco explains.

His old Rottweiler, Rocky, is excitedly waiting for him. As he gets ready for work, he whips some Suavecito pomade into his hair and slips on his signature white short-sleeve button-up. He then bounds down the stairs and into the deli. “Coming to Nini’s is like coming to my house,” he says, as he sets juicy chicken empanadas in front of us. He greets everyone: “Hi Junior!” (to his pop, who gave him his entrepreneurial bent); “Hi Mama!” (to the woman who gave him his creativity); “Hi honey!” (to his niece, the next generation).

From 11 a.m. to 8 p.m., he’ll make sandwiches at the deli. However, his art wasn’t always culinary. By 18, working under the moniker “Bandit,” he had already garnered the attention of Complex and Juxtapoz magazines for his bubble throw-ups. “I liked the illegal, criminal element of graffiti, which I don’t necessarily agree with any more,” he says. “If someone were to write on my business I’d be bummed.” he adds. He later moved to Bay Area to pursue graphic design, but his father’s surprise heart surgery brought him back to Chicago, where he took the helm at Nini’s. “At first, it was like, ‘Don’t make me work here. It sucks! I’m an artist, Mom!’”

“To me, good design always should be intelligent. You need to know the history of what you’re doing.”

But soon he began to art-direct every detail at the restaurant. Nothing, not even the tables and chairs, has escaped his touch. “Nini’s has been so sick,” he says, realizing that he has a three-dimensional portfolio at a time when a lot of other kids would be graduating college. “I thought it was going to hinder my creativity, but it was everything I needed.” 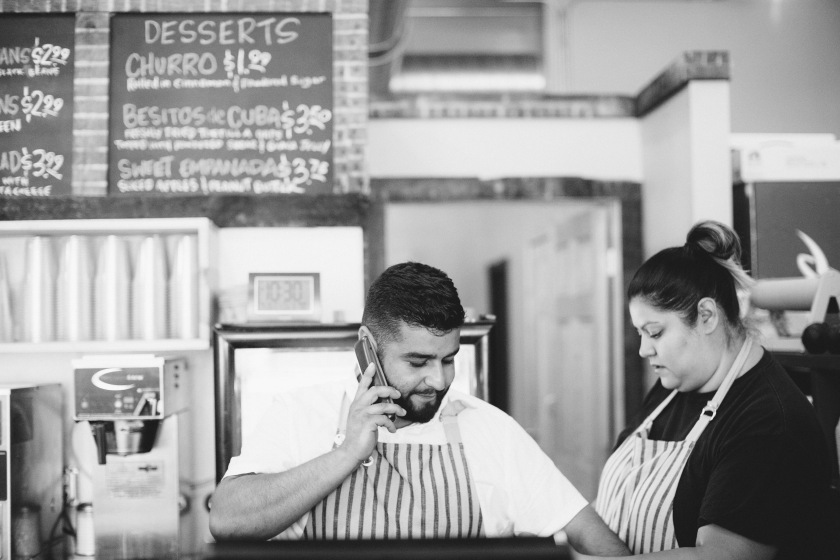