Wordsmith. Dating pundit. Neighborhood sausage king. We drop in on the writer at his West Village bachelor pad.

“I’m pretty much the least hairy guy you’ll ever meet.”

“You woke me up,” John Ortved declares as we enter his third floor, West Village studio. He’s standing in his boxer shorts, examining the floor like it might provide an answer as to why we’re here, or what’s happening. He states he’ll be making us breakfast (“If I had you into my home and didn’t feed you, what kind of person would I be?”), before jumping into a pair of jeans and walking to Florence Prime Meat Market for fresh, Italian sausages. 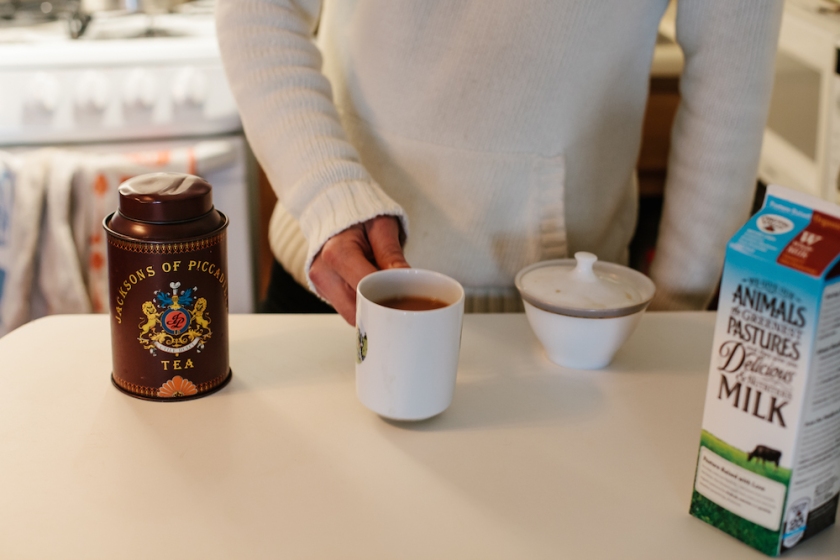 Originally from Toronto, Ortved can be in one moment scratchy and then, in the next, unflinchingly warm. In many ways, he’s your quintessential New York writer pal. (Everyone has one.) And he’s funny. Very funny. For the last decade, Ortved has been filing pieces for some of the top publications in this city – The New Yorker, The Wall Street Journal, The New York Times, Vanity Fair and McSweeney’s, while contributing laugh-out-loud columns on dating and manhood, respectively, to Glamour and GQ.com. After years of freelancing, he now also works as the editorial director for a startup, Lulu.

“Before I had a day job, most of my free time used to be spent gathering ingredients at various farmer’s markets for my morning smoothie,” John says deadpan. “But now I have to go to the supermarket like a normal civilian.” Into the blender go fresh kale, Red Jacket Farms apple cider, flax seed meal and wheat germ. The resulting concoction is balanced, not too sweet and damn delicious.

John seems to pine a bit for his freelance ways – “I’d wake up hungover, write some jokes, read the papers, and go back to sleep until 10. Then I’d eat lunch at Joseph Leonard. It was all very writerly”) – but also seems to embrace getting up, suiting up (today: navy blue wool from Shipley & Halmos), and reporting to a desk job. He makes Red Rose tea that he brings back from Canada, because the kind they sell here “isn’t the same.” (He called the factory to confirm this.) 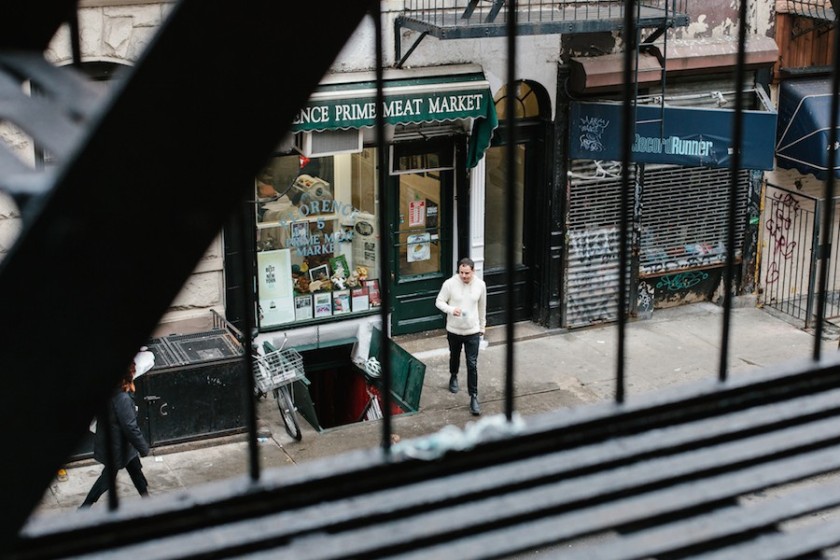 Then he fries up organic eggs and the sausages he acquired earlier. “The breakfast I make is always very delicious,” he tells us. “But today, since I have guests, it’ll be less sad – fewer tears in the eggs.” John fiddles with his iPhone, complaining about the plethora of auricular options that Spotify has introduced. “Too many choices,” he says, “so I usually just fall back into my iTunes (Neil Young, Robyn, A Tribe Called Quest.)”

“The breakfast I make is always very delicious. But today, since I have guests, it’ll be less sad – fewer tears in the eggs.”

Since he doesn’t shave often (“I’m pretty much the least hairy guy you’ll ever meet”), a quick shower, breakfast and tea is the usual routine in the morning. To his dark suit, he adds some colorful Gallo socks (“I’ve been buying them in the airport in Rome for the last decade”), and has a quick sip of cider (“I really only drink juice, soda, and booze”), before gathering his things and walking outside. Rain has started to fall lightly. He mock scoffs before announcing, “I once worked on a horse ranch in Telluride, and do you know what the owner used to tell us? He used to say ‘Skin don’t leak.’” He turns his back and heads for the subway. Every good writer has his exit perfected.