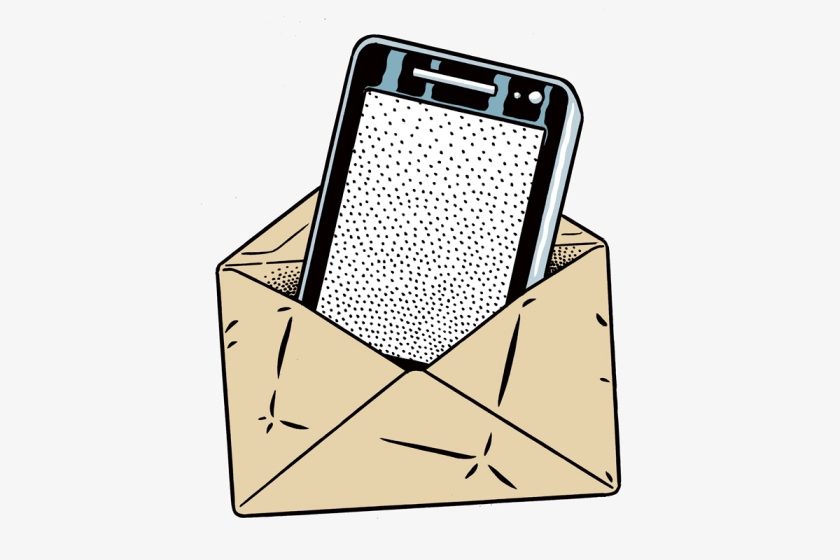 Ask for dates in-person. Never break up with someone over email. No dick pics (seriously). Peter Bonventre and John Jannuzzi offer their thoughts on navigating the ever-confusing mashup of technology and etiquette.

Let me kick things off by telling you about a buddy of mine who couldn’t take his eyes off a stunning brunette eating alone in a joint we used to frequent in the ‘70s. She seemed to be way out of his league, but he took a deep breath, walked over to her table, and said, “Excuse me, but I just had to tell you; you’re the prettiest woman who’s ever walked in this place.”

She looked at him for a few seconds, and finally smiled and said, “Sit down.”

See, it makes no difference whether we’re talking back in the day or the technologically sophisticated present day. You want to ask someone out on a first date, grow a pair and ask her out—or him—in person. If it’s unlikely you’ll run into her again, try and get her phone number and call her. Let her hear the character in your voice: the intelligence, the charm, the sweet urgency. Whatever you do, do not text or email her, or use (God forbid) Facebook. Too wimpy, and too easy for her to shoot you down before she even gets to know you a little bit. But suppose you do know each other? It’s still preferable to ask her out face-to-face, and if you have the great good fortune to treat her to drinks or dinner, turn the damn cell phone off! You’re not so important that you can’t devote a couple of hours to her alone. (Unless you’re a brain surgeon with a patient in the ICU.)

I don’t want to sound like a crazy old romantic who longs for a simpler time. I’m not, and I don’t. Texting and emailing and cell phones keep me in constant touch with my wife and son, blessing me with peace of mind. When I worked in an office, emailing was a particular joy, a time-saver that far surpassed interoffice mail delivered by interns. There are, of course, any number of times when a situation demands face-to-face interaction, like asking the boss for a raise. All in all, though, email has had the huge benefit of forcing folks to organize their words and thoughts into coherent sentences. I don’t know if there’s a Golden Rule of emailing, but if there isn’t, it should be: Keep it short and sweet. Don’t waste anyone’s time. Get to the point.

Just like my buddy did that long-ago night when we were young.

Ah, the smartphone. That wretched yet wonderful rectangle you carry around with you at all times. It’s a beacon of hope. It’s a weight on your shoulders. Thanks to mobile technology, we’re all available, in theory, all the time. Throw in social media and many of us have become little broadcast networks hoping someone will tune in and hit that “Like” button. It’s maddening. Let’s take a moment to parse out when to do what and how to do it, shall we?

The mother of all of these little creations is the telephone. To be honest, these things frighten me. I never speak to people on the phone… too serious. If my cell phone rings, I assume that one, some or all of my family and friends have died in some catastrophic disaster where they were all hanging out together (without me). That said, a phone is still the most effective mode of mobile communication out there. Unlike texts, tweets, statuses or e-mails, it will measure tone and urgency, and there’s no time spent waiting for a response because you’re having an actual conversation.

Now, to the text, the ever-important text. My generation’s life jacket in a sea of confusion and angst. What once was a simple string of words can now be laced with pictures, emoji and video. Particularly when they concern romance, texts are awfully powerful. And when used incorrectly, emotions can run high. I once had an intense text volley about a relationship early in the morning, and it was infuriatingly long, drawn out and ultimately useless. Equate your texts to tweets: under 140 characters, effective and to the point. Also, be mindful of who you’re including on a group text and when the correspondence should be split up. There’s nothing more annoying then being the C, D or E in an A/B conversation.

Where are we now? E-mail? Yes, e-mail, the longform of mobile communication. And it varies greatly: messages between you and colleagues are professional, while notes between friends can verge on the wildly inappropriate. My advice to you is to remember that with e-mail comes a paper trail. You know who learned this the hard way? The guys who built Snapchat. The last thing you want is your e-mails to resurface and bite you in the ass. Just remember that as you press “Send” and you’ll be good.

Lastly, don’t send dick pics. While they may seem like a really nice idea at the time, the lasting effects will be anything but.