Promoter. Whiz kid. Weekend shaver. We get a tour of Saint Laurent from the Saintwoods co-founder.

“One thing I pride myself on is the things I always have in my pockets.”

Zach Macklovitch’s walkup apartment in Montreal is both bright and quiet at 9:00 a.m. His several roommates are asleep, but that doesn’t stop Zach from launching into a windy introductory statement about what he’s been up to. By the time he jumps in the shower, we’ve sunk low into the communal couch. Because Zach has been up to a lot.

Macklovitch is calm on the surface, but seems to crackle with energy just beneath it. At 24, he has his hands in a fistful of burgeoning Montreal businesses – he co-founded a talent management and promotion company, Saintwoods (“we pride ourselves on discovering local artists before they blow up – we’d be picking up Avicii or Skrillex in a shitty van and taking them for hotdogs”), and is a partner in both SuWu – a heavily-wooded restaurant, and a massive bar and club space loosely referred to as Apartment 200. All sit within a few shared blocks on a stretch of Saint Laurent Boulevard, which has drooped a bit in recent years – now poised for a comeback.

With all these happenings, it’s tough to find time for oneself. So, Zach lives his life outside of work in a hectic, post University blur. “I’m not much of a groomer,” he laughs. “I don’t use any products in my hair. I don’t shampoo too often. Most people shave on the weekdays, but I usually shave on the weekend, when I have a chance to.” 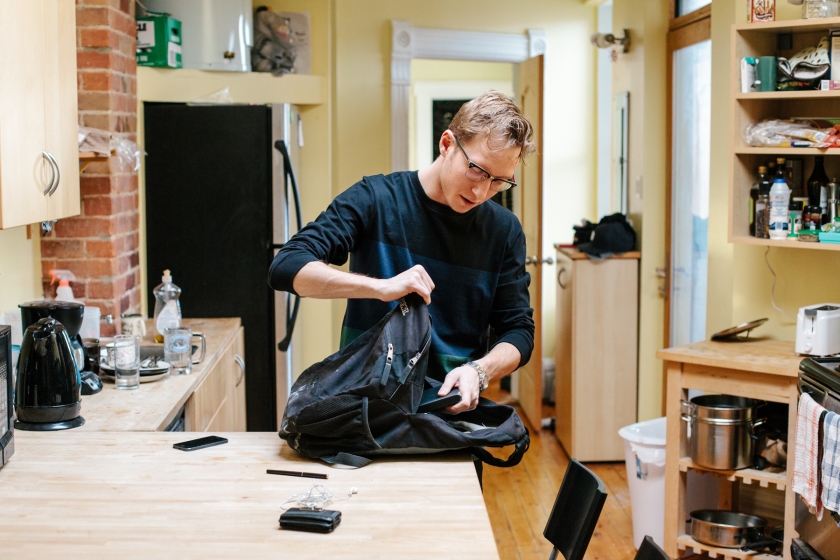 Zach’s work – like many entrepreneurs we’ve encountered – starts from bed. “I usually jump on the music blogs and update the Saintwoods site.” He then showers, dresses, packs his laptop and gathers his possessions. “One thing I pride myself on is the things I always have in my pockets,” he tells us. “Individual keys for all the businesses, a leather notebook, nice pen, and my wallet, always. I’m kind of all over the place, but this is one area where I’ve got my shit together.” Zach yells goodbye to his roommates, and we slide out the door into the cold – “You never get used to it, you just stop complaining.” 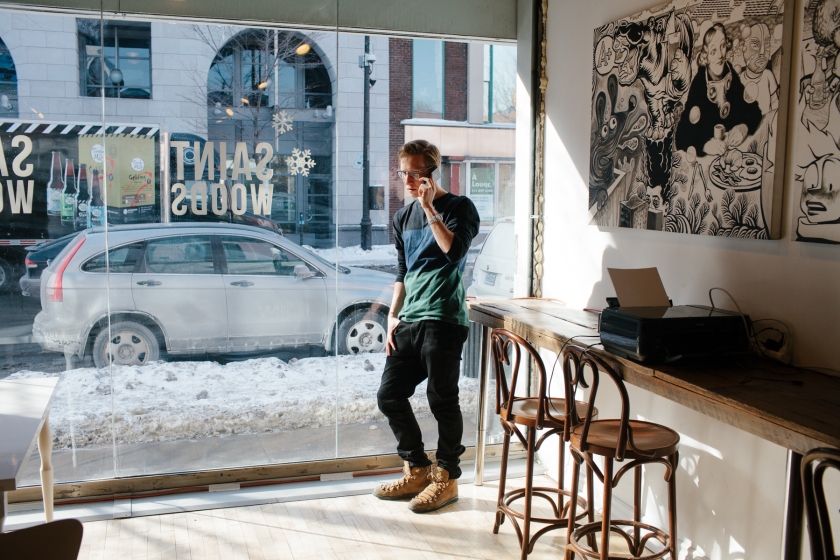 Over coffee and bagels at Café Myriade, Zach tells us how he got on the hard stuff. “I used to drink these flavored lattes, but worked my way into real coffee during University,” he says. “I had an ex-girlfriend who was a very forward-thinking lady. She told that I’d be a young professional soon, so I had better start drinking something manly.”

“I had an ex-girlfriend who was a very forward-thinking lady. She told that I’d be a young professional soon, so I had better start drinking coffee.”

After a short walk, we’re at the Saintwoods offices, (an open space with old wood floors that feels like a rec room). It’s attached to an art gallery. Zach sets up shop quickly and starts pounding away at his Macbook, updating Saintwoods’ SoundCloud page. He gets a call from his business partner and chats privately up-front. Then he takes us down the block to Suwu, where he high-fives the chef and shows us the DJ booth. Music runs in Zach’s family (his cousins are Dave Macklovitch a.k.a. Dave1 and Alain Macklovitch a.k.a. A-Trak). “I got turntables for my bar mitzvah,too. But I was no prodigy.” Zach shakes his head. “Gotta find another way.” 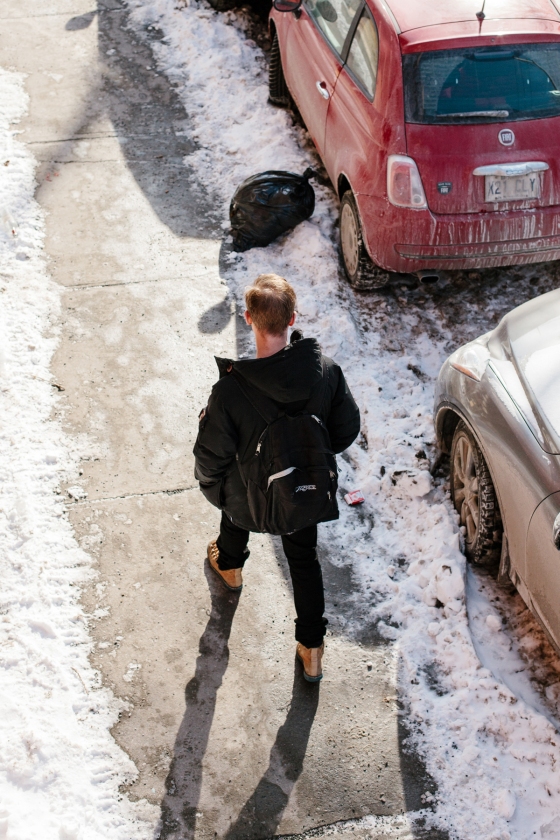