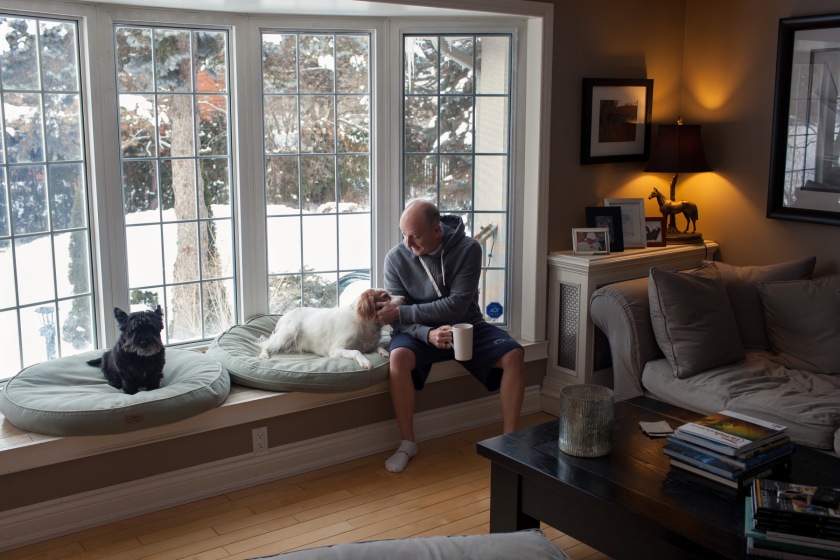 Brand builder. Cyclist. Music man. We go along for the ride with the Dunning Golf and Foreign Rider Co. founder.

We roll into Ralph Dunning’s driveway just after sunrise. He’s standing in the kitchen, wearing a sweatshirt and athletic shorts, and brewing up a pot of coffee. He looks completely comfortable being awake at this hour. Ralph takes a long pull of coffee. Nods his head in approval. 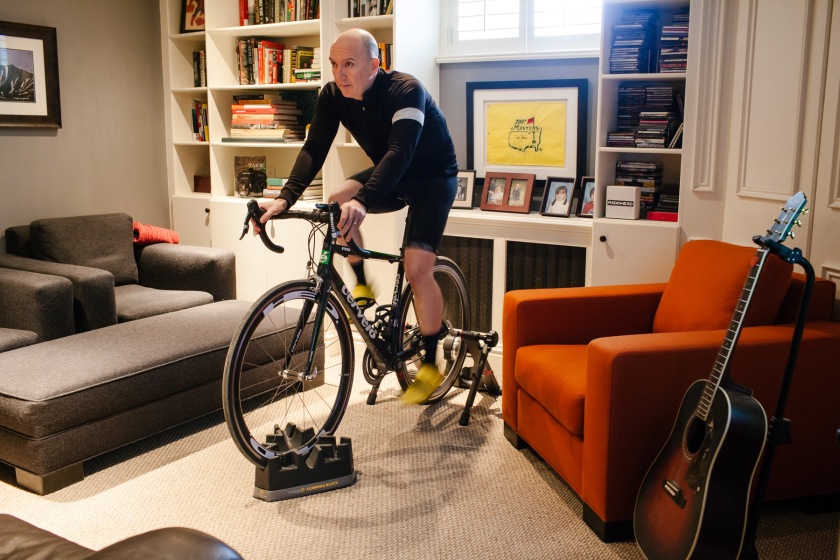 Dunning is the creative director and founder of a handful of brands, including Dunning Golf (which he sold a couple of years ago), and his newest project, Foreign Rider Co. A serious cycling enthusiast and former Ironman competitor, Ralph wanted comfortable, well-made gear to toss on when he got off his bike. So, he’s working with a local factory in Toronto to make super high-quality sweats, tees and the like, in small quantities (100 of each style), which he personally inspects and measures to ensure the fit is correct before shipping them across the globe. Ralph is an exacting guy, so we were betting he’d have a routine nothing short of militant. 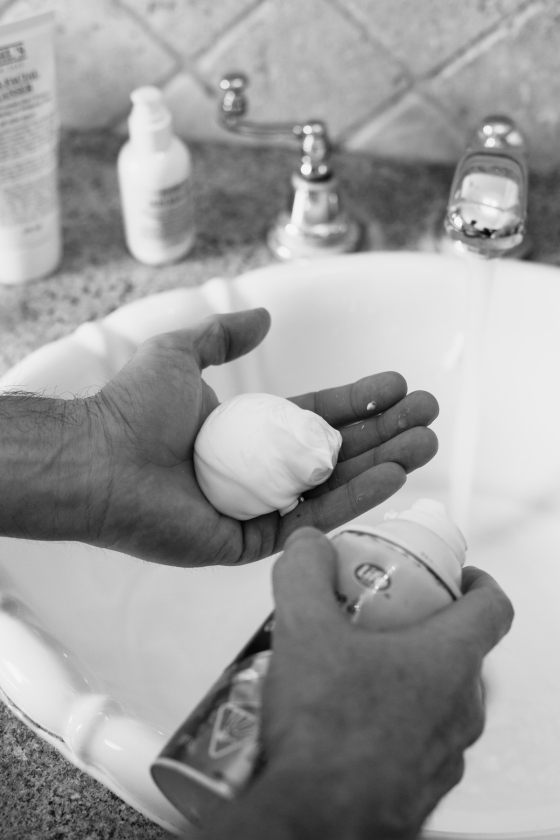 “I usually toss on my shorts and a hoodie, make coffee (old-school NABOB, always – ‘it’s the best at any price’) and head downstairs to the basement to return a few emails, throw on the Golf Channel, and practice on my acoustic guitar. Then I jump on my bike for an hour or two,” Ralph tells us. Right now, Ralph is training to ride through the Pyrenees in May. His basement is homage to everything he loves – his family (photos line the walls), golf (a signed Augusta National flag from ex-Dunning Golf staffer and Masters champ Zach Johnson is framed) and music (Ralph spent a decade at RCA records in the 80s and digs everything from metal to R&B). His favorite band is Rush. 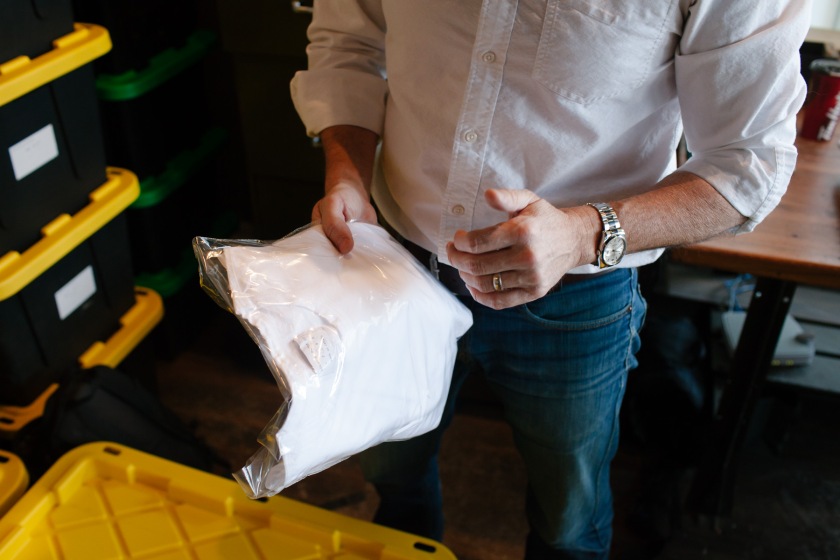 We head upstairs, and Ralph goes for a shower and shave. “I have a real love/hate relationship with shaving,” he says. “I think most guys do. When I do shave, I need a cream with a thick, foamy lather like Barbasol or Life Brands private label… that’s the thickest I’ve found.” He washes with Kiehl’s cleanser and then applies Skin Rescuer – “I’m over 50 so I need this shit.” Ralph tosses on a white oxford, leather jacket and Levi’s 501s – I’ve known Ralph for years and only seen him in Levi’s 501s. 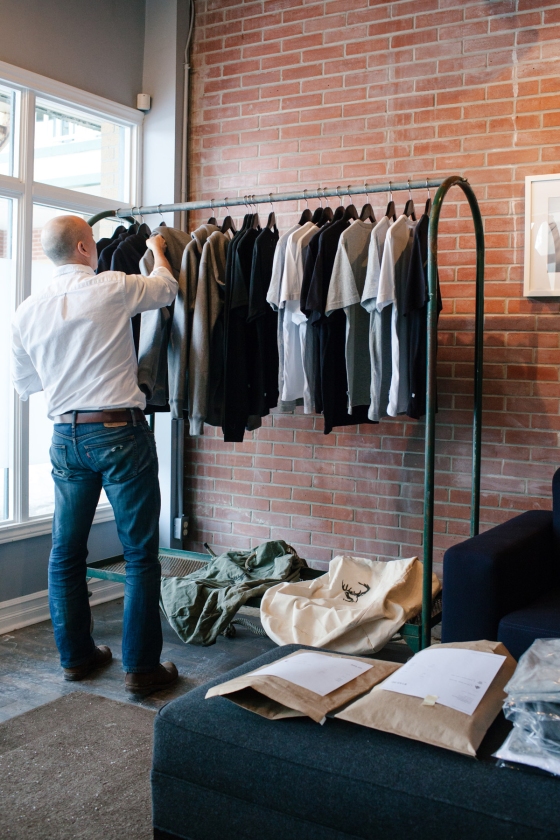 We hop into his car and cruise to his studio, which is no more than a mile away. He smiles. “One of the best parts of what I do is the commute.” His studio space is clean and minimal, brick and blacked-out ductwork. It’s situated just off the main drag in Markham, right next to an Off Track Betting joint. This amuses Ralph. He does some paperwork, and loads his camera (several beautiful photos he’s snapped on early morning rides are framed around us).

“One of the best parts of what I do is the commute.”

Next, we check in at WS&Co. – one of the finest cotton jersey factories in North America – to see some new samples for Foreign Rider Co. A cheerful woman introduces herself as Kathy before telling us, “This guy is very demanding.” She points at Ralph, teasing him. Ralph lays out each sample: inspecting, checking. Kathy gives us a tour of the factory. When we return, it’s time to say goodbye to Ralph. He’s gracious, his smile warm under the bright lights of the factory. Then it’s back to the table. Back to his garments. Measuring, measuring. 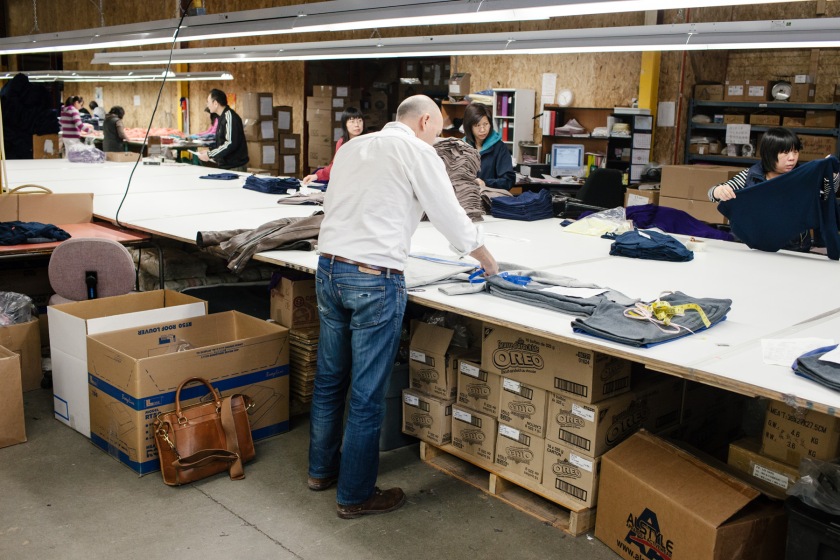