Dad. Newsaholic. Man in black. We head to Montclair, New Jersey for a morning game of fetch with the architect and GRADE co-founder.

“I’m a newsaholic. The source isn’t nearly as important as the consumption itself.”

When we find Tom Hickey at the Watchung Avenue stop in Montclair, New Jersey early on a gray Tuesday morning, he is cheerful and full of energy. He’s wearing workout gear, and tells us he’s been awake since 4:45. “I usually get up before dawn and head to the gym, which is a half mile or so from my house. I drive.” Hickey shakes his head. “That’s how suburban I’ve become.” 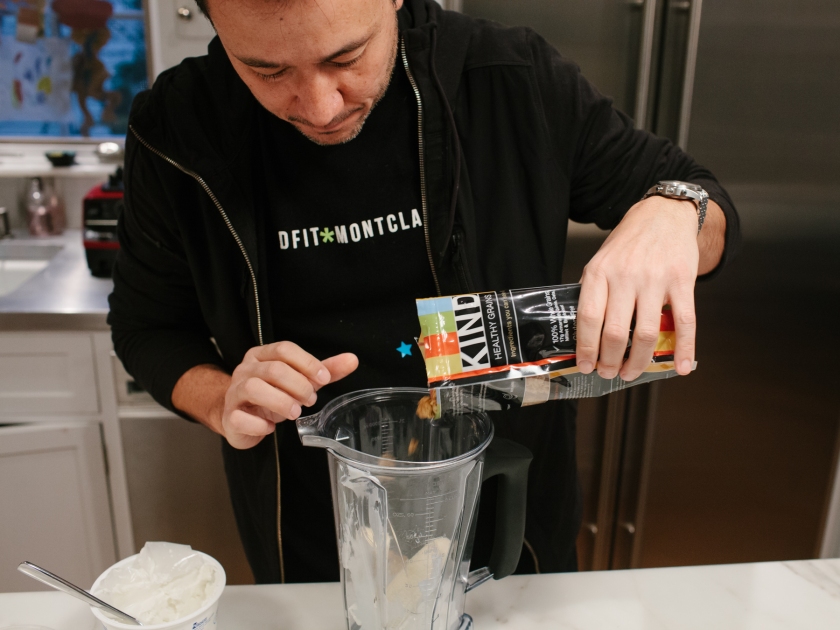 Tom is the co-founder of Manhattan-based design firm, GRADE. A brief peruse of their website shows you that GRADE prides itself on sleek, contemporary spaces and a “holistic approach” to the residential, retail and restaurant projects they take on. Hickey himself comes from a luxury retail background, where he designed stores for the likes of Victoria’s Secret, DKNY and Tiffany & Co. He currently teaches at Parsons School of Design. As an architect and designer, Hickey thrives on order – the kind of structure that becomes nearly non-existent with a young family at home. But he has his ways. 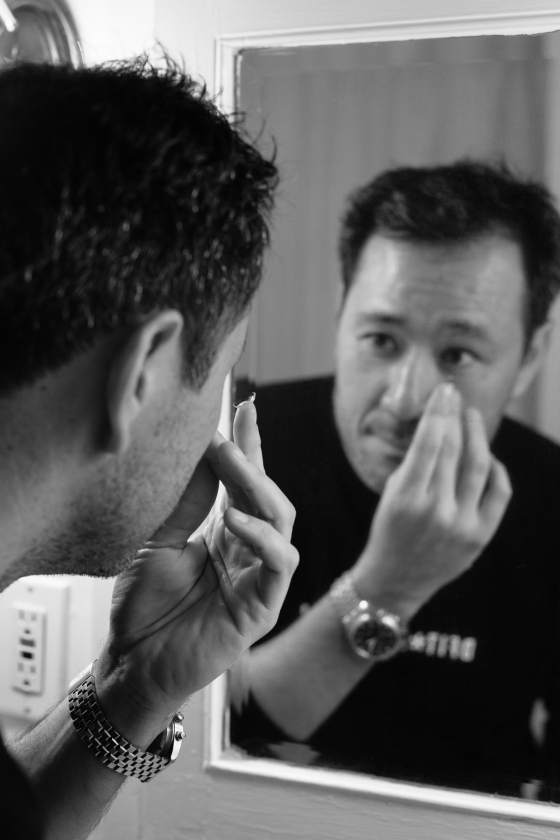 We enter his house through the side door where we’re promptly spotted by his two young daughters (five and seven years old) and the family Boxer, Wiggles. The morning dance is in full swing. His wife Candace greets us in a mudroom filled with backpacks, coats, and piles of tiny shoes in every color. Tom moves undeterred through the fray, pausing at the refrigerator to grab ingredients for his morning smoothie. “My diet gets progressively worse throughout the day,” he tells us as he tosses a banana, granola, yogurt and some whey protein into his Vitamix blender. “I start off healthy, and then usually end the night with the leftovers of whatever my wife and kids ate.” He downs the smoothie and prepares to make us a cappuccino. Bags of coffee are meticulously stacked in the cabinet. “I organize the pantry when I need some peace.” Tom grins. His youngest daughter jumps on the counter. 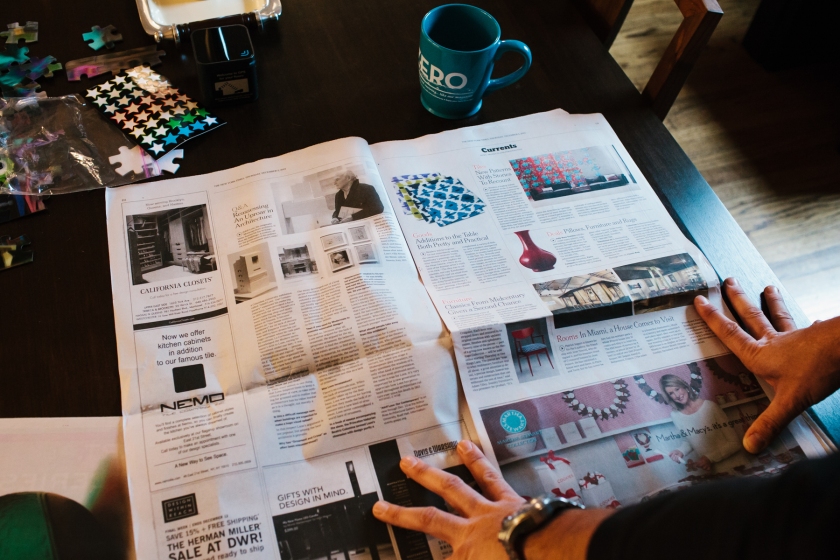 Eventually, Candice brings the kids to school, and Hickey has a moment to himself before he’s due at his Manhattan offices. He uses it to sneak a glance at the stack of newspapers on his dining room table (“I’m a newsaholic; the source isn’t nearly as important as the consumption itself,” he explains), and to return upstairs to pop in his contacts, shave and get dressed.

His side of the closet is a sea of black: jackets, pants, shirts, and sweaters – his uniform. “I even tried the black coffee thing for a while, but it was too intense,” he jokes.

“My diet gets progressively worse throughout the day. I start off healthy, and then usually end the night with the leftovers of whatever my wife and kids ate.”

Every day, before Hickey goes to work, he plays catch with Wiggles in the front yard – the two men of the house. “It’s tough to maintain a sense of autonomy when you become a parent,” he explains. “My wife and I both try to steal little moments for ourselves… find something we can fit in every day that makes us happy.” Now it’s time to go, so the man in black grabs his black briefcase and jumps into his black Range Rover. As he rolls down the window to say goodbye, he has a parting thought: “I suppose I get my organization where I can.” 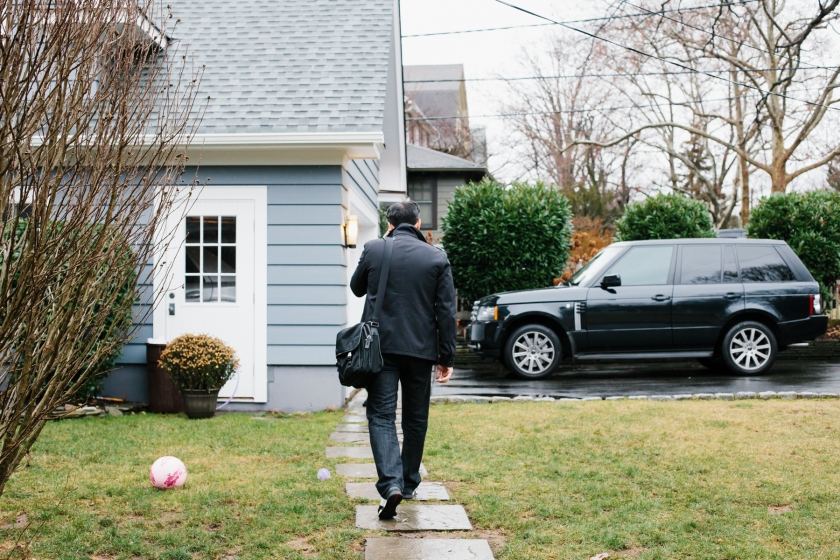