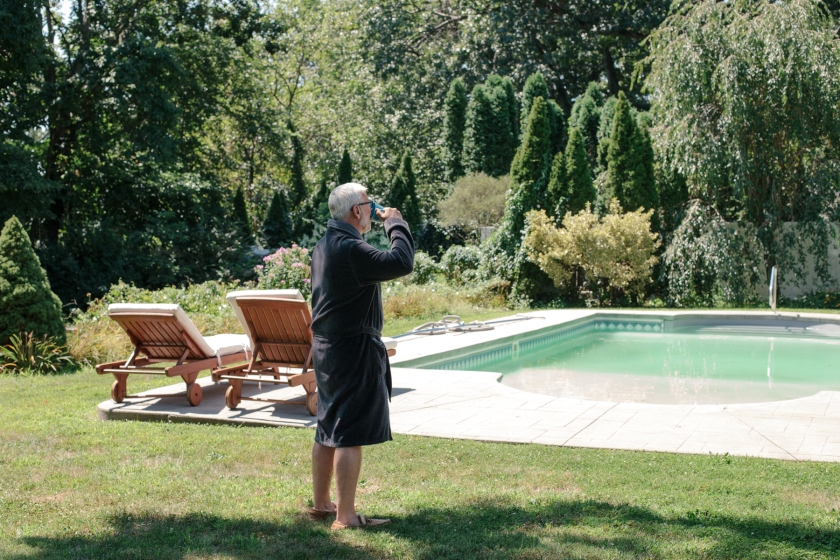 Second generation printer. Instagramphile. Lover of 4-letter words. Terrapin Stationers’ Ted Harrington shows us how he gets ready for the day.

“I use two different deodorants: Old Spice Pure Sport for the weekdays and Swagger on the weekends.”

Ted Harrington drinks a lot of caffeine. By the time he picks us up at the Fairfield Train Station he’s already working on Monster (the low calorie, low sugar energy drink) number two. “They should sponsor me,” he says, “I suppose they’d call that a Monstership.”

It’s this kind of irreverent wit matched with old school techniques and a quality product that has made Harrington’s printing business, Terrapin Stationers, into a favorite of New York folks in-the-know, many who are fans of his oft-updated Instagram feed which features his work – like his now signature “FUCK OFF” business cards. And yes, Ted swears too much, but he’s such an affable guy it’s easy to forget. His client list reads like a who’s who of crazy successful (and eponymous) Manhattan designer labels: Marc Jacobs, Tory Burch, Michael Kors, Kate Spade… Jacobs was Harrington’s first fashion client and a friend who gave Ted the black Louis Vuitton robe he is sporting as he gets ready for work.

Ted is the only member of his household that irons, and he’s a pro. “I was too poor to do dry cleaning when I had to wear a suit everyday, so here we are,” he tells me. And there are tricks of the trade: “The key is putting a beach towel over the board – between your shirt, and the board – that prevents the grooves on the board from getting pressed into your shirt.” 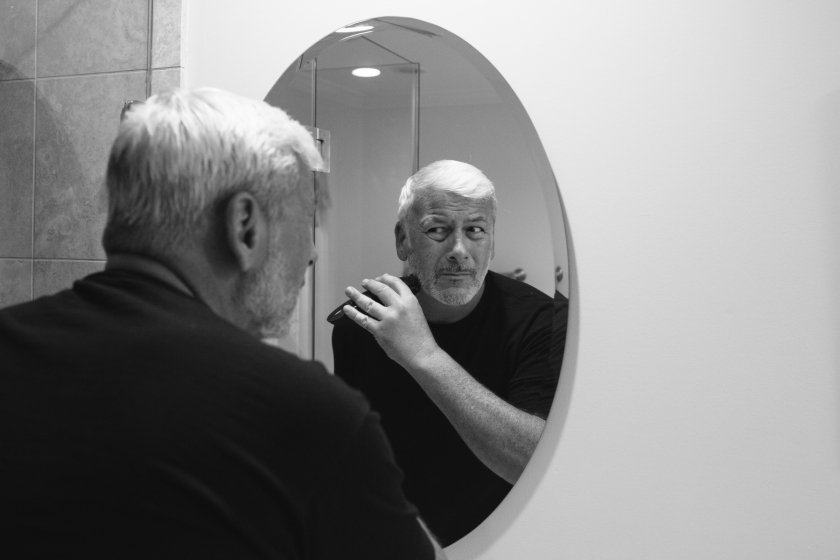 Ted’s grooming regimen involves cleaning up his neck with an electric razor at 7:30 each morning when he gets up. Jay-Z (“He’s the new Dylan”) is playing from his PC. He likes Ursa Major products. Afterwards, he showers and heads into the kitchen where his wife Jodi has left coffee on. He has cereal. He surfs the web (“I like Valet”), and then walks the dogs (Baxter and Bandit). He has two different deodorants: “Pure Sport for the weekdays and Swagger on the weekends. Old Spice.”

“The key to ironing is putting a beach towel over the board. That prevents the grooves on the board from getting pressed into your shirt.”

It’s hard to imagine why any would want to leave this idyllic setting, but he and Jodi are moving this fall. “We’re almost empty nesters, so we’re doing it right – we’re getting a condo on the waterfront in Stamford. There’s fire pits on the roof, man! It looks like SoHo House.” Ted is moving on, and in more ways than one – he’s late for his commute into Manhattan. We prepare to leave and we say our goodbyes. He jumps into his Hyundai station wagon, rolls down the window, and yep, you guessed it. He flipped us the bird.